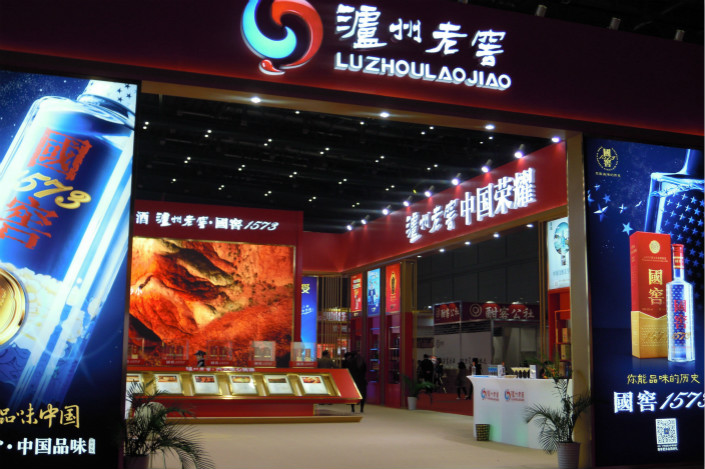 The Luzhou Laojiao exhibition area at the 2017 Shanghai International Wine Fair. The company’s profit plummeted 22% and 74% in 2013 and 2014, but rebounded to growth in subsequent years. Luzhou Laojiao rolled out several new lines of products to attract younger consumers, including herbal tea and liqueur chocolate. Photo: VCG

Newcomers to China’s fiery liquor baijiu often remark upon its striking aroma. That may have given one famous distillery an idea.

Luzhou Laojiao Co. Ltd. has unexpectedly launched its own perfume, as baijiu-makers try to diversify beyond their core drinks business as growth in sales slows.

The new perfume, which features a flowery fragrance, seems to have been an instant hit. The company said Wednesday that all 20,000 units sold out in two days. A second batch will be available by April 20.

Baijiu-makers have been seeking to connect with a younger generation of consumers, said Zhu Danpeng, a food and beverage industry analyst with the China Brand Research Institute.

Besides Luzhou Laojiao’s newly-launched perfume, other baijiu brands have unveiled products that cater to younger demographics, such as alcohol packages with more stylish designs or lighter tastes, Zhu said.

Growth in Chinese liquor sales has slowed since 2013, after Beijing launched an anti-graft campaign targeting bribery and sending fear through the baijiu industry, as the liquor is a popular gift and social lubricant for deal-making.

Annual growth in sales dropped to single digits in recent years, from as high as nearly 30% in 2012, according to market research company Mintel.

Luzhou Laojiao is China’s fifth-largest baijiu-maker, in terms of sales volume, according to Euromonitor International. The company’s profit plummeted 22% and 74% in 2013 and 2014, but rebounded to growth in subsequent years. Luzhou Laojiao rolled out several new lines of products to attract younger consumers, including herbal tea and liqueur chocolate.

Other companies have made similar shifts. For example, Kweichow Moutai Co. Ltd. — now the world’s most valuable liquor company — has invested in an airport and in a college that trains professionals for distilleries.