China Weighs the ‘How’ of Financial Regulatory Reform 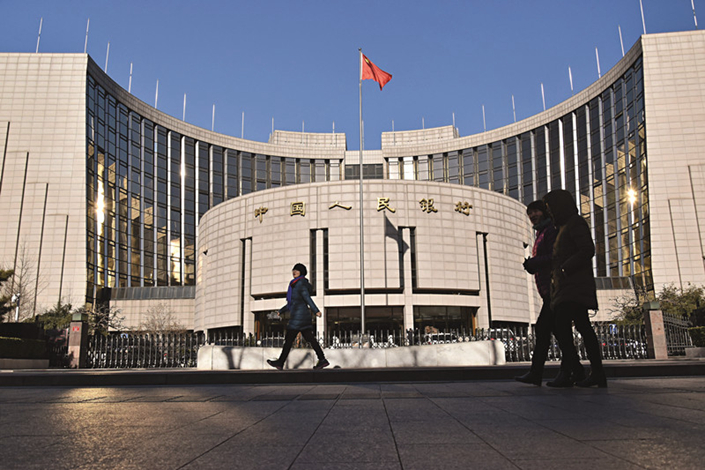 China is ready to shake up the highly fragmented regulatory framework overseeing its increasingly complicated financial markets. But policymakers are wrestling over how to best go about doing it.

That framework hasn’t been updated since it was set up in 2003. Yet China’s financial industry has dramatically changed.

Financial institutions have expanded their offerings and invest in each other in oftentimes opaque, complicated webs. A massive “shadow” banking system that falls outside regulatory oversight has exploded. And a dizzying array of new products have proliferated — including rags-to-riches investment frauds on the internet.

Financial institutions can exploit the cracks in such a fragmented regulatory environment, posing mounting risks to China’s overall financial system. And that’s what is troubling policymakers.

“Compared to the U.S. financial market 10 years ago, when the risk and return on derivatives … were defined and the products were registered (with regulators) … China’s (financial market) is more messy,” China’s outspoken former finance minister Lou Jiwei said in a speech last week.

Under consideration as replacement frameworks are centralizing regulatory clout under the People’s Bank of China or creating a “super” regulator.

Changes may be imminent. Caixin learned from sources close to the matter that all personnel changes at the top financial regulatory bodies, including the central bank and three commissions overseeing banking, securities and insurance, have been suspended, waiting for a reform plan to be hammered out.

The danger of China’s divided oversight system was highlighted by the 2015 stock market rout, which wiped more than $3 trillion off the value of mainland shares in just three weeks. The main cause of the crash was highly leveraged stock buying amid lax supervision, many experts say.

The rampant growth of off-balance-sheet lending activities and internet-based financial fraud further underscored the weakness of the regulatory system.

As financial markets have become closely interconnected and boundaries between businesses have blurred, China’s divided supervision system is fraught with a lack of coordination, redundancies and regulatory gaps, experts say.

There has been plenty of speculation about what new regulatory framework China’s leadership will agree on.

One possibility under consideration is to strengthen the central bank’s clout in the existing regulatory structure, while enhancing each agencies’ technical ability and inter-agency coordination.

Last July, a new cabinet-level body — the Financial Stability and Development Committee (FSDC) — was created and housed in the central bank to lead and coordinate efforts among financial regulators. The establishment of the committee is seen as a step toward better coordination.

In a recently published article, Xu Zhong, the research head of the central bank, called the plan the “most feasible” option as it would boost effectiveness without major overhaul.

The “super regulator” idea would combine parts of the oversight responsibilities of the CBRC, CIRC and CSRC. That would be similar to the regulatory system in Britain, Canada and France.

“The ideas of banking and insurance supervision are similar — both are focused on capital requirement. So it is reasonable to combine them together,” one regulatory official said.

No matter which plan is adopted, the regulatory structure reform will be a start of a long journey, said a CBRC official. “It will take a long time for internal integration,” he said.

“It doesn’t matter how institutions are restructures, the key factor is people,” said an expert.

“The lowest-cost reform option would be to improve coordination, but it depends on how strong the (new cabinet-level) FSDC can be,” a former CBRC official said.

The need to enhance regulatory coordination has been a repeated theme of policymakers over the years. But progress has been limited.

“Everything can be well discussed at meetings. But after that, nothing changed,” one regulatory official said.

While regulators have been obsessed with guarding their own terrain, the financial markets have evolved substantially with new products and businesses that have thrived in regulatory cracks. Since 2012, financial institutions have increasingly stepped out of their traditional domains and invested in each others’ businesses, building up a massive shadow banking system outside regulatory oversight.

Later investigations found that Baoneng used a complex financing mechanism that included high-interest-rate borrowing in the attempted takeover, relying on only 2 billion yuan of its own capital. Baoneng dropped its plan to control Vanke early last year when regulators raised questions about its funding source.

A regulatory official told Caixin that CSRC, CBRC and CIRC carried out separate investigations into Baoneng early in March 2016 but found no irregularities because the regulators were hesitant to expand the investigations beyond their own terrain and none could untangle Baoneng’s fundraising.

Baoneng is one of a number of powerful financial conglomerates that have expanded their business into a wide range of financial markets. Others as well, such as Anbang Insurance Group and Tomorrow Holdings Group, fell under scrutiny for complex financing activities.

In November, the four regulatory bodies came together for the first time since the installation of the FSDC to release the unified rules for the $15 trillion asset-management market.

To empower the FSDC and enhance coordination among regulators, the central bank’s Xu has suggested setting up specialized boards under the FSDC with officials from the central bank and three commissions to effectively share information and work together in rule setting and enforcement. Such a so-called matrix management approach is widely adopted by international organizations like the Word Bank and IMF.

“But the success of the matrix management approach requires strong willingness of cooperation among all parties in the system, which will be a challenging task for China’s often siloed regulators,” said a financial regulation expert.

Given the risks that the fast-changing financial industry is posing, some analysts ask whether China has simply gone too far in unchecked proliferation of financial innovations.

In his public speech, former finance minister Lou said the “dazzling” array of financing channels and organizations — from Ponzi schemes to peer-to-peer lending platforms, insurance products and capital pools — has resulted in a complex fundraising environment. Lou said it is time to think about whether China should continue allowing financial institutions to mingle their businesses.

Lou’s remarks echoed some experts’ call for financial institutions to return to their traditional business terrains, as was true only just over a decade ago.

Mixed operations started in 2005, when the State Council — China’s cabinet — permitted banks to set up fund-management units and later allowed securities firms and insurers to invest in banks and each other. Institutions have increasingly mingled their business since 2012 through off-balance sheet channels.

But some officials including central bank Deputy Governor Fan Yifei believe it will be impossible to move institutions backwards.

Xu, the research head of the central bank, agreed with that assessment in his article.

Xu wrote that mixed operations are a natural trend of financial institutions’ development, due to their desire to improve profitability and advanced technology. And the key question, he said, is how to design a regulatory framework that can catch up with the quickly changing financial markets.

“Mixed operation in financial industry is irreversible. The trend of reform should be setting up a compatible regulatory system rather than returning to the divided supervisory model,” Xu wrote.