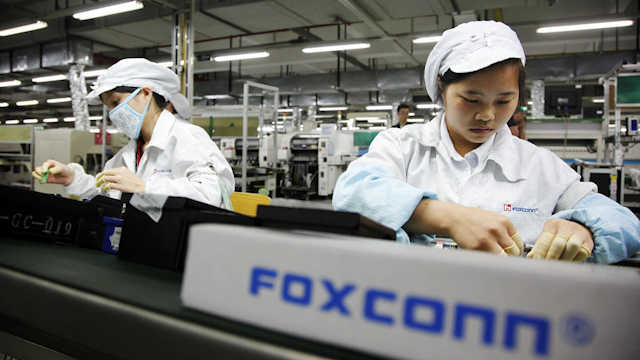 The investment in Bradmer is part of Foxconn’s broader strategy in the financial sector, a company spokesperson said. Photo: Visual China

Taiwanese electronics giant Foxconn is investing $18 million in a cryptocurrency merchant bank being set up by a former Goldman Sachs Group Inc. partner.

Foxconn, formally known as Hon Hai Precision Industry Co., announced in a statement Tuesday night that through its venture capital arm HCM International it invested $18 million in a private placement of Bradmer Pharmaceuticals Inc., a Canadian shell company that will own the crypto bank.

A company spokesperson told Caixin on Thursday that the investment is part of Foxconn’s broader strategy in the financial sector. The company didn’t disclose how much stake it would own in the bank or how much control it would have in its decision making, citing a nondisclosure agreement during a quiet period.

Bradmer announced last month that it planned to raise $200 million through a private placement to establish a digital assets merchant bank to trade cryptocurrency as well as to make principal investments, manage digital assets for other clients and provide advice on blockchain-related ventures.

Bloomberg reported Wednesday that Bradmer has raised about $250 million. The report, citing a person familiar with the deal, listed Terry Gou, the billionaire chief executive officer of Foxconn, among the investors in the private placement, but didn’t disclose the other investors.

Under the plan, Galaxy will first buy First Coin and then merge with Bradmer through a reverse takeover. Bradmer, to be renamed Galaxy Digital Holdings, will own an interest in the merchant bank and eventually will list on Toronto’s TSX Venture Exchange.

The Bloomberg report, citing the person familiar with the matter, said Novogratz envisions Galaxy as the Goldman Sachs of cryptocurrency. The report said Novogratz is putting his crypto investments, about $400 million of bitcoin, into Galaxy.

Novogratz, one of bitcoin’s most outspoken investors, hit the Forbes billionaires list in 2007. He predicted in 2013 that the virtual currency market would grow to $5 trillion by 2022. After the recent downturn in cryptocurrency prices, the entire crypto market had a capitalization of about $389 billion as of Thursday, according to industry tracker Coinmarketcap.com.

Novogratz has changed his bearish view on the cryptocurrency market. Last September, he described bitcoin and other cryptocurrencies “the largest bubble of our lifetimes.” He said digital assets like bitcoin need more regulation, and some initial coin offerings (ICOs) will prove to be fraudulent “get-rich-quick schemes.”