China Clamps Down on Preferential Treatment for Bitcoin Mines 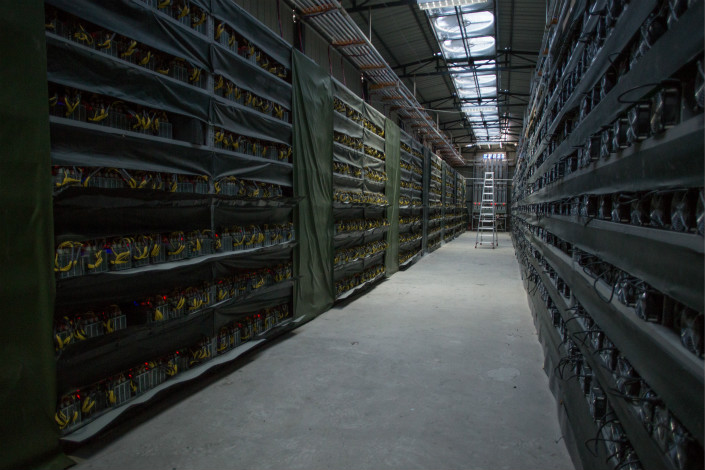 The pictured Sichuan province bitcoin mine is one of many in western China, drawn to the region by of a supply of cheap wind power and hydroelectricity. Photo: Visual China

As the price of bitcoin surges to new heights, Chinese regulators are raining on bitcoin miners’ parade.

Another source from the central bank-led committee in charge of internet financial risk told Caixin that localities have been told to use electricity prices, land-use policy, taxation and environmental measures to “guide” companies out of the bitcoin mining business.

The committee also ordered localities to submit regular reports on bitcoin mining operations in their jurisdictions, according to the source.

A separate source close to regulators emphasized that “guiding firms to exit” referred to the process of standardizing and cutting preferential policies rather than forcing the companies to shut down.

The same source said the rumor that the central bank was moving to shutter bitcoin mines after a closed door meeting on Wednesday is false.

“Currently, the emphasis is on not incentivizing bitcoin mining,” multiple people close to regulators told Caixin.

Compared with cryptocurrency exchanges, which were axed last year due to investor protection concerns, bitcoin mining is industrial rather than financial by nature. Bitcoin mining uses complex algorithms, and vast amounts of computing power and electricity, to solve mathematical puzzles that power the bitcoin network. Miners are rewarded in new bitcoins.

Caixin reporters learned that regulators in some provinces have already gathered information on electricity usage, electricity costs and tax revenue.

Even prior to recent rumors, Caixin learned that Inner Mongolia had stopped offering discounted electricity prices for new cloud computing and big data companies, effectively cutting down the discounts enjoyed by bitcoin mines.

According to incomplete estimates made by a source close to regulators, the average annual use of electricity to mine bitcoins domestically is equivalent to the electricity used to power 50 million households, raising concerns about whether bitcoin mining is a waste of electricity.

In addition, mining a single bitcoin produces an average of 1.8 tons of carbon dioxide, the source said.

Other industry insiders argue China has the electricity to spare, and assert that some regions such as the western province of Sichuan let unused hydropower go to waste.

For some in the industry, there was stark turnaround in the official attitude about bitcoin mining. “Prior to September, local governments were very welcoming of bitcoin mines,” an industry insider told Caixin. “Especially in some industrial parks, because we paid the electricity bills … didn’t pollute or disturb the local population, and didn’t require loans from the government.”

In November, a document issued by an electric company in Sichuan titled “An Emergency Notice on Banning Bitcoin Production” sparked concern in the bitcoin industry. However, a company executive said the statement was misworded.

The document was intended as an internal memo rather than a formal statement of policy, and it was drafted to urge local power generators to prioritize supplying electricity for civil use, the executive said.

China, especially its vast region in the west covering Sichuan, Inner Mongolia and Tibet, has been a powerhouse of bitcoin mining because of a supply of cheap wind power and hydroelectricity.

According to a bitcoin mine operator in Sichuan that spoke earlier with Caixin, the cost of mining a single bitcoin in China totals around 20,000 yuan ($3,014), including 15,000 yuan for the electricity.

The value of 1 bitcoin stood at nearly 94,000 yuan on Thursday afternoon Beijing time.