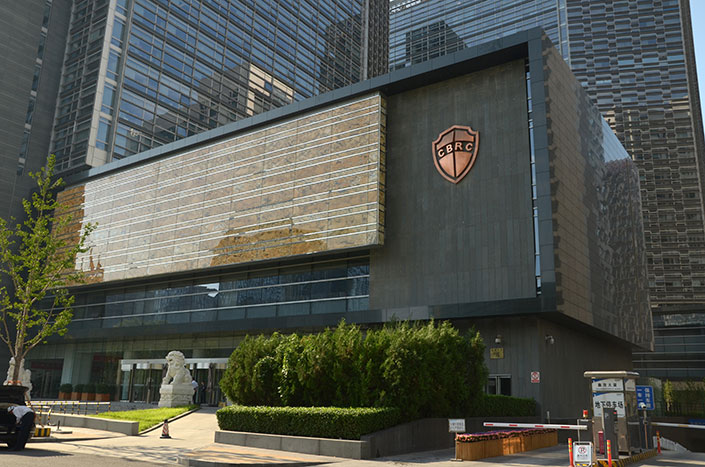 China’s banking regulator has vowed to expose more wrongdoing by financial institutions under its supervision as the authorities step up their campaign to root out irregularities and curb risks.

The China Banking Regulatory Commission (CBRC) will work on the principle that “disclosure will be the norm, non-disclosure will be the exception,” Wang Zhenzhong, deputy director of the watchdog's regulatory department, said at a briefing. “This 'punish one, frighten many' approach will serve as an effective warning.”

Details of cases will be made public including how they were investigated and dealt with in order to send a warning to institutions of the consequences of misbehavior, Wang said. However, exceptions will be made in cases that involve state or commercial secrets or that would breach personal privacy, Wang said. The CBRC will also refrain from disclosing investigations that would jeopardize national, public or economic security or social stability.

The commission will also pay attention to the timing of announcements to minimize any potentially negative impact, the official said. For example, statements about important cases that may influence the financial markets or the share prices of the companies involved will be made when markets are closed, for example on Friday afternoons, he said.

“This is primarily to give the market time to digest the news and minimize the likelihood of misinterpretation,” Wang said.

The CBRC initiated a flood of investigations in 2017 as part of a national campaign by the government to bring the world’s biggest banking system to heel, stamp out illegal and irregular activities that were heightening financial risks, and force institutions to improve their risk controls and internal governance.

The commission said in January that it had uncovered 59,700 instances of wrongdoing involving 17.7 trillion yuan ($2.72 trillion) since March 2017 and imposed fines totaling 2.9 billion yuan last year on 1,877 financial institutions, a 10-fold rise on 2016. The biggest penalty — 722 million yuan — was slapped on China Guangfa Bank for fabricating guarantee documents on 1 billion yuan worth of bonds that went into default. Thirteen other financial institutions involved in the scandal were fined a combined 1.3 billion yuan and more than 45 bank executives were handed financial penalties, demoted or banned from working in the industry.

Among the high-profile cases exposed so far this year, the Chengdu branch of the Shanghai Pudong Development Bank was fined 462 million yuan for falsifying loan deals and hiding non-performing assets. The Postal Savings Bank was fined 90.5 million yuan for its part in a fraud involving the sale of 3 billion yuan ($474 million) of wealth management products by one of its sub-branches in Northwest China's Gansu province to raise money to repay forged discounted bills of exchange.

The commission will extend the regulatory campaign this year, targeting misconduct in interbank transactions, mostly bills and short-term loans; wealth-management products, a key source of funding for the “shadow banking” system; and bankers’ acceptances, short-term debt instruments, sources close to the CBRC told Caixin in January.