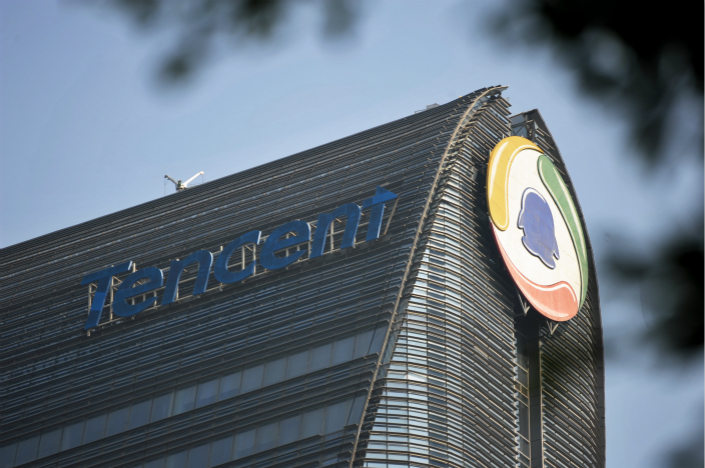 Pictured is Tencent's Shenzhen headquarters. The games and social networking giant landed in fourth place on a list of the world's 50 most innovative companies, being commended for 'honoring content as king' by the list's creator. Photo: IC

Online game and social networking giant Tencent Holdings Ltd. was the top Chinese name on a list of the world’s 50 most innovative companies, winning praise for building its hugely popular WeChat mobile messaging app into a leading entertainment platform.

Tencent finished fourth on “The World’s 50 Most Innovative Companies 2018” list published by Fast Company, behind only U.S. high-tech heavyweights Apple Inc., Netflix Inc. and Square Inc. Other Chinese companies that made the list included news aggregator ByteDance at No. 16, online educational services firm VIPKid at 29, and drone giant DJI at 35.

Fast Company cited Tencent “for honoring content as king,” for its high placement of the company on the list. It commended Tencent for using WeChat, which has nearly 1 billion users, as a springboard for selling users of the platform a wide range of content, including literature, music, video and games.

“Imagine if Apple bought Disney and Spotify, and you can begin to envision the content colossus that Tencent is building to complement WeChat,” Fast Company said. “Tencent CEO Pony Ma credits music and video subscriptions with helping to power the company’s 59% year-over-year revenue growth in the first half of 2017.”

Tencent’s status as China’s top entrant on the global list also assured it the lead position on a country-specific list for the 10 most innovative Chinese companies compiled by Fast Company. Tencent was followed on that list by VIPKid, which links Chinese students with English teachers in North America and is backed by retired NBA superstar Kobe Bryant.

Rounding out the top five most innovative Chinese companies were DJI, which has become the world’s largest drone-maker and was lauded for “soaring beyond the rest of the drone industry”; ByteDance, operator of the wildly popular Toutiao news aggregating app; and Didi Chuxing, China’s homegrown shared car services giant that ultimately beat and merged with the China unit of U.S. giant Uber.

China’s other internet behemoth, e-commerce juggernaut Alibaba Group Holding Ltd., was only strong enough to finish at sixth on the Chinese list, after failing to make the global top 50. Tencent and Alibaba have soared to become two of the world’s most valuable companies, with respective market values of $625 billion and $484 billion, each feasting on Chinese consumers’ love of communicating, getting entertainment and shopping online.

Tencent’s appearance as China’s top entrant was expected, said Kitty Fok, China director at high-tech data tracking firm IDC. But the absence of Alibaba’s name from the global list was more surprising, since the company has earned a recent reputation for creativity by combining online and traditional brick-and-mortar shopping as it searches for a new retail formula of the future.

“I'm not surprised that Tencent is on there, but surprised that Alibaba isn’t,” she said. “Alibaba has invented ‘new retail’ to combine online offline and technology together.”