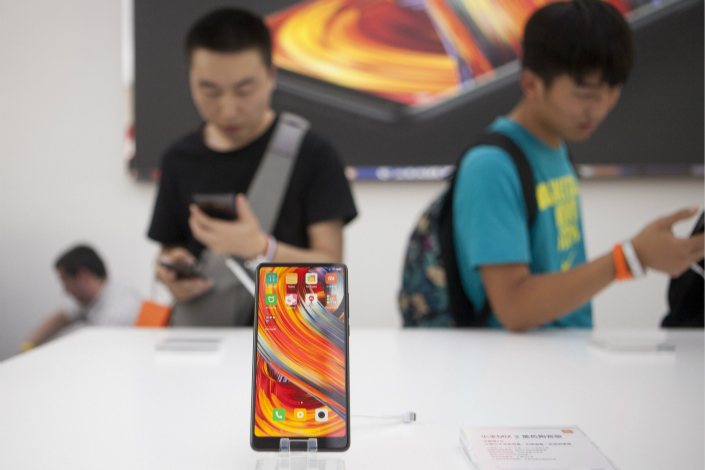 A Xiaomi Mi Mix 2 smartphone sits on display at a launch event in Beijing in September. The Chinese smartphone-maker opened a store on Monday in Quezon City near Manila in the Philippines. Photo: VCG

The licensed Mi Store, located in Quezon City near Manila, officially opened on Monday to a crowd of over 2,000 people, according to a social media post by Xiaomi founder Lei Jun.

While Xiaomi products have been available in the Philippines for years, the newly opened store is the Chinese company’s first official physical presence in the country, Xiaomi public relations personnel told Caixin.

The Quezon City store will sell around 90 items, including smartphones and home appliances made by Xiaomi, according to local technology blogger Technobaboy.

In recent years, Chinese brands have grown rapidly because of strong domestic demand. But fierce competition and market saturation have pushed them to expand abroad.

Xiaomi has the second-largest market share within China, behind leader Huawei Technologies Co. Ltd., and is vying for fourth place globally with Chinese brands OPPO Electronics Corp. and Vivo Communication Technology Co. Ltd., according to recent data from TrendForce.

Xiaomi launched online sales of its smartphones in the Philippines in 2014, but lackluster performance led the company to slow its activity in the country, leaving 2015’s Mi 4i the newest device currently advertised on its Philippines website.

But Xiaomi now appears to be making a comeback in the Southeast Asian country after promising results within and outside of its home country in recent months. According to separate reports by market research companies Canalys and Counterpoint, Xiaomi beat Samsung in 2017 to become India’s top smartphone brand by shipment volume. The company, which also has stores in India, Singapore, Egypt and Russia, is reportedly planning a Hong Kong listing this year.