Donkey-Hide Supplement-Maker Gets Shave From Doubters 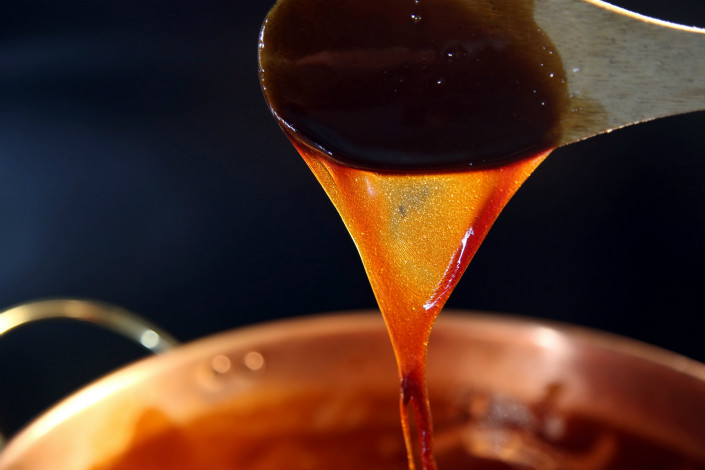 With a history of more than 2,000 years, 'ejiao' is made by soaking and stewing donkey hide, and is now marketed as a health supplement for blood deficiency and insomnia. Photo: VCG

A dust-up over the potency of a traditional Chinese medicine made from boiled donkey hides has shaved millions of dollars from the value of one of the supplement’s biggest producers.

The tale began earlier this month when an official social media account under China’s National Health and Family Planning Commission, the country’s top healthy body, cautioned against the popular supplement, believed to be a good protein source. It said the centuries-old concoction, was “just donkey hide boiled in water, which mainly consists of collagen (a type of protein) … that is not a good source of protein.”

The team behind the social media account later deleted the original post, and apologized on Monday for the criticism of ‘ejiao,’ a gelatin made from donkey hide. In addition to questioning the supplement as a protein source, it had questioned its efficacy for replenishing blood.

But doubts continued to linger, and the damage had already been done.

A representative from the company’s board had no comment on the recent tussle, and said that ejiao is included in the national pharmacopoeia which has a “clear definition” for it.

With a history of more than 2,000 years, ejiao is made by soaking and stewing donkey hide, and is now marketed as a health supplement for blood deficiency and insomnia. The gelatin is also good for treating symptoms such as dizziness, hemoptysis and insomnia, according to the latest edition of the official drug book published in 2015.

Dong-E-E-Jiao claims its concoction can treat anemia, and its syrup sells for a pricey 440 yuan ($70) per liter. The company spent 219 million yuan ($35 million), or one third of its cost in the first half of 2017, on advertising, and made 2.5 billion yuan in ejiao sales.

Xie Yu, a doctor from Jiangsu Province Hospital of Traditional Chinese Medicine (TCM) said that ejiao doesn’t work for anemia, but is good for blood deficiency under TCM study which is linked to problems of a sallow complexion and dry skin, he wrote on the Quora-like question and answer platform Zhihu.

The controversy hasn’t been the first for ejiao and its biggest manufacturer. The state-run Xinhua News Agency in 2013 reported that Dong-E-E-Jiao marketed the product as a drug, even though it was only officially recognized as a food product. Two years later, the official broadcaster CCTV ran an expose that found 11 out of 12 ejiao products weren’t made of donkey hide, but instead with the hide of horses and dogs.