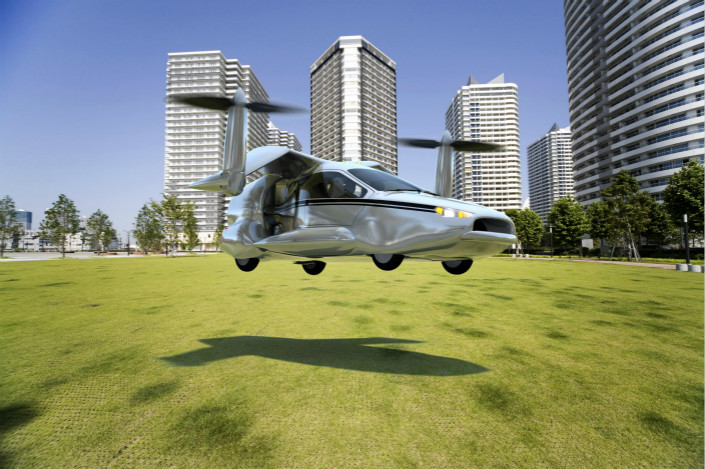 U.S. startup Terrafugia, which was acquired by Geely for an undisclosed sum in November, launched its 'Transition' flying vehicle (pictured). Now, as a unit of the Chinese carmaker, it will work on will work on flying-car technologies including engines, electrification, and big data. Photo: IC

Zhejiang Geely Holding Group Co. Ltd. is cruising toward developing its “flying car” project, underlining the Chinese automaker’s ambition to realize a technology that has largely remained in the realm of science fiction.

Subsidiary Geely Terrafugia said it is hiring several more technicians with experience in telecommunication and aircraft engineering to work on the project, according to multiple job ads the company posted this week.

In addition to avionics and engineering, the qualifications for the positions specifically emphasized English-language skills.

Geely announced its acquisition of U.S. flying-car startup Terrafugia in November, for an undisclosed sum — though records show the new unit was registered in Hangzhou in September, according to a government filing posted on the National Enterprise Credit Information Publicity System, a corporate-information website.

The unit will work on flying-car technologies, including engines, electrification, and big data, the government filing said.

Volvo-owner Geely is China’s largest, and one of its fastest growing, private carmakers. It is expected to launch its first flying-car prototype, dubbed the TF-1, next year, and a more sophisticated model that features vertical takeoff and landing in 2023, according to Li Shufu, the company’s billionaire CEO.

Geely is one of several Chinese companies and investors that are vying to push advanced technology into commercial transportation, particularly as a remedy for China’s congested urban areas.

Ehang Intelligence Technology Co. Ltd. is developing a passenger-carrying drone that the Guangzhou-based startup said will enter the mass market in the coming years.