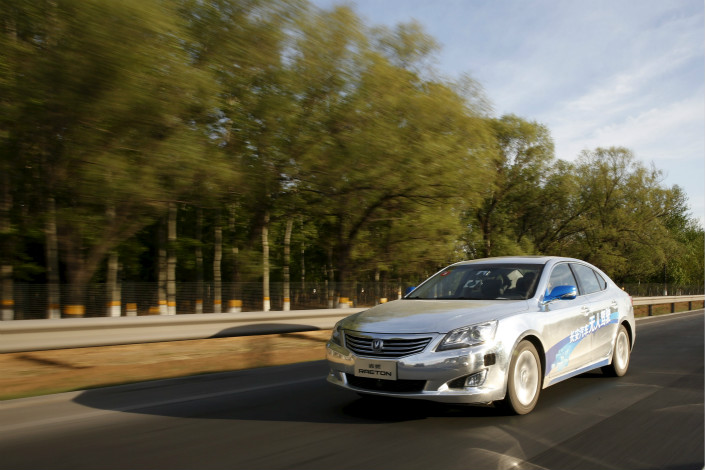 Shanghai has given the green light for public road-testing of autonomous vehicles, three months after Beijing rolled out a similar policy.

Like the Beijing policy, cars will still need a driver, according to a document published Tuesday by the Shanghai Municipal Transportation Commission and two other agencies.

Vehicles must have both manual and autonomous driving modes to ensure a human can take control “under any circumstance,” the statement said.

The vehicles must also be covered by a minimum 5 million yuan ($790,000) insurance policy, paid by the car owner, in case of an accident. In addition, vehicles are required to have an “online data recorder” that can be remotely controlled and can automatically record information, such as the driving mode, surrounding environment and speed.

Although China’s policymakers have said autonomous driving is a core area they want to promote in the auto industry, they have yet to develop a clear regulatory framework.

In addition to deep-pocketed tech giants such as Baidu Inc. and Tencent Holdings Ltd., dozens of startups have entered the sector to varying degrees, many with the backing of venture capital. California-headquartered Pony.ai, which was founded by internet Chinese entrepreneur Peng Jun in 2016, raised $112 million in its first round of fundraising alone.

Until recently, companies hoping to take an early lead in the sector had been operating in a legal gray zone. Last July, Baidu CEO Robin Li raised eyebrows when he tested an autonomous vehicle on Beijing’s Fifth Ring Road with his hands off the wheel.

Others are heading to the U.S. for tests. In November, Chinese automaker Changan Automobile Co. Ltd. received clearance to test autonomous vehicles on public roads in California.

This week, California approved new rules allowing public road tests without a driver behind the wheel.