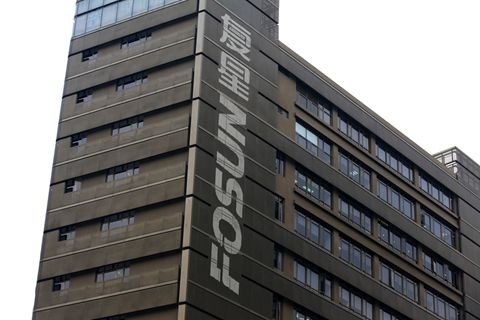 Chinese conglomerate Fosun is picking up its pace of offshore investment with a third deal in two weeks to add an Austrian luxury textile maker to its portfolio.

Bregenz-based luxury lingerie and legwear specialist Wolford AG said Thursday that its majority shareholders have agreed to sell 50.9% of the company’s stake to a unit of Chinese investment behemoth Fosun International Ltd. for about 32.6 million euros ($40 million).

Established in 1950, Wolford is known for its high-end tights, bras and shirts. But the company has struggled over the past few years. In 2016, Wolford reported a net loss of $17.9 million, 68% more than the losses of the previous year.

Wolford launched a restructuring in June. Its three main shareholders said they were looking for buyers of the company’s majority stake. Around 50 investors from North America and Asia had shown interest, said Wolford.

Fosun offered Wolford 12.8 euros per share and agreed to provide up to 22 million euros to increase Wolford’s capital. Fosun will also offer 13.67 euros per share to other Wolford shareholders in a bid to expand its holdings.

Wolford said the transaction is expected to be concluded in May.

This is Fosun’s third equity investment deal in the past two weeks, reflecting its resumption in offshore expansion after last year’s slowdown amid China’s tightening scrutiny of outbound investment.

A person close to Fosun said the company is seeking more potential investments in European fashion and luxury goods makers as it eyes expansion to meet the growing demands of Chinese consumers.

On Feb. 22, Fosun announced acquisition of a majority stake in French luxury couture house Jeanne Lanvin SAS. The deal involved a total consideration of 120 million euros ($148 million), according to a statement from legal firm DLA Piper that advised Fosun on the deal.

In February, Fosun’s billionaire founder Guo Guangchang told a forum that he is considering investing in Britain’s education companies.