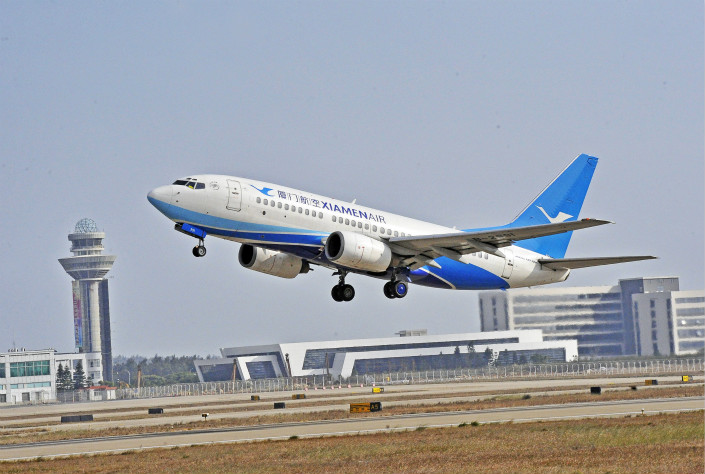 China Express’s listing announcement comes as the country’s other regional airlines, such as Xiamen Airlines, have refocused on the long-distance market. Photo: VCG

China Express Airlines has become the country’s first regional carrier to list on the Chinese mainland, as the sector faces increasing competition from high-speed rail.

The Guiyang-based airline, which was founded in 2006, announced on Friday in a prospectus that it has listed on ChiNext, a NASDAQ-style board under the Shenzhen Stock Exchange.

China Express’s move comes as the country’s other regional airlines have been moving away from shorter routes to focus on the more profitable long-distance market.

The Beijing-based Okay Airways, which once aimed to be the country’s largest regional airline, has now given up the short-haul business, while Tianjin Airlines, a subsidiary of conglomerate HNA Group Co. Ltd., has begun to shift into international market by purchasing more wide-body aircrafts.

China Express, which has a fleet of 35 aircraft, including three Airbus A320s and 32 Bombardier CRJ900s, is the country’s largest regional airline and has two major competitors — the Shaanxi province-based Joyair and Guangxi Beibu Gulf Airlines.

However, these regional airlines — which usually cover less-developed areas in western and central parts of the country — are expected to face challenges.

To guarantee stable demand, China Express said it will continue to use a so-called “mandated system,” in which the airline signs agreements with institutional customers — such as governments and airports — who will be partially responsible for regularly purchasing its services.

More than 50% of airline routes shorter than 500 kilometers overlap with high-speed rail routes, while 30% of routes between 500 kilometers and 800 kilometers in length face competition from trains, according to the Civil Aviation Administration of China.