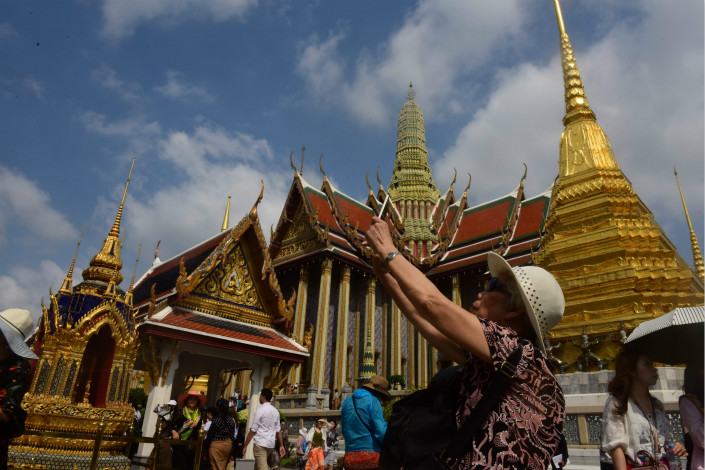 Chinese people made 130.5 million trips overseas last year, a 7% jump over 2016, while total spending increased by 5% to an estimated $115.3 billion, according to a report released by top Chinese travel services provider Ctrip and the China Tourism Academy, a state-backed research institute.

But Chinese shunned South Korea last year, with the number of visits plunging by 48.3% to 4.17 million, the report said, attributing the drop to cooling bilateral relations after Seoul agreed to deploy the U.S. THAAD missile defense system in the country, a move Beijing opposed.

In addition to Thailand, other Southeast Asian countries are winning over Chinese hearts, according to the report, which said that Singapore, Vietnam, Malaysia and the Philippines rose up the popularity rankings and into the top 10 most-visited regions during the Lunar New Year holiday.

Vietnam received more than 4 million visits from Chinese travelers last year, a surge of 48.6% year on year, a jump the report attributed in part to President Xi Jinping’s visit for the summit of leaders from the Asia-Pacific Economic Cooperation group of economies in Da Nang.