By Fan Ruohong and Jason Tan 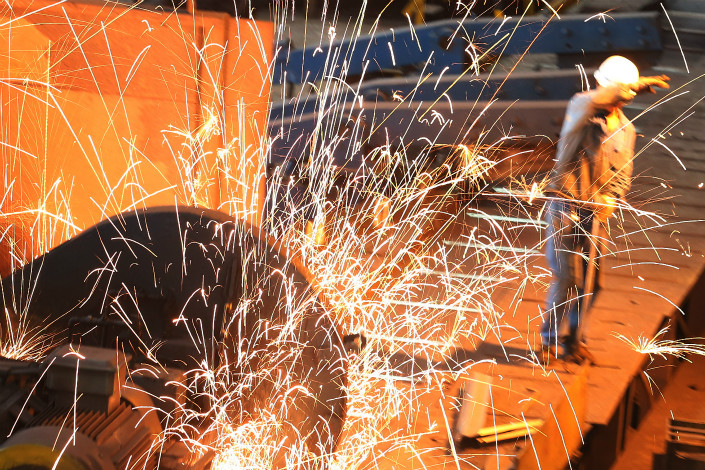 The government is cutting steel production capacity as part of a nationwide campaign to close excess and inefficient industrial capacity that had dragged down prices and corporate profitability, while exacerbating the country’s pollution problems. Photo: VCG

The government will also close coal-fired power plants with capacity of less than 300,000 kilowatts that fail to meet necessary standards, Li said in his work report to the National People’s Congress. Companies in the steel industry will be encouraged to upgrade their plants to reduce pollution, he said.

The cuts are being made as part of a nationwide campaign announced in 2016 to shut excess and inefficient industrial capacity that had dragged down prices and corporate profitability, and exacerbated the country’s pollution problems. The authorities set a target of reducing steel capacity by 100 million to 150 million metric tons over five years, and coal capacity by 500 million metric tons within three to five years.

The campaign to shut excess capacity helped reverse more than four years of deflation in industrial prices. The producer price index, a measure of industrial inflation, turned positive in September 2016 and surged by 7.8% year-on-year in February 2017, the highest gain in more than nine years. The index has since moderated, but still rose 4.3% in January 2018.