Investors Dial Back Into Wireless Shares 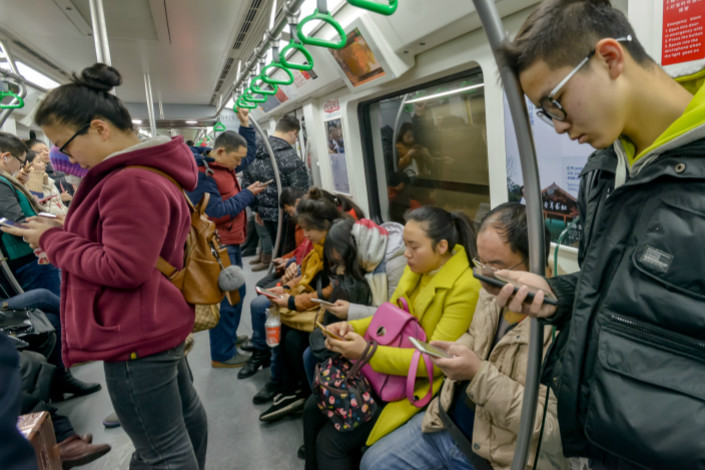 Shares of China Mobile, China Telecom and China Unicom rose Tuesday afternoon in Hong Kong after each slid more than 3% during the previous week. Photo: VCG

Shares of China’s three major wireless carriers rose on Tuesday, rebounding from an earlier sell-off after concerns about a revenue hit from new government policies were less serious than expected.

Shares of leading carrier China Mobile Ltd. were up 0.6% midway through the afternoon session in Hong Kong, while smaller rivals China Unicom (Hong Kong) Ltd. and China Telecom Corp. Ltd. were up 1.7% and 1.5%, respectively. Unicom had plunged 9% last week, while China Mobile and China Telecom also shed around 3% of their value on concerns about the new government policies.

Under one of those policies, the three carriers will have to eliminate domestic data roaming fees later this year. The companies executed a similar policy for domestic voice roaming fees last year. Both moves were engineered by the nation’s telecommunications regulator. Unlike the West where most carriers are private, China’s big three operators are all state-run and take their orders from Beijing on major issues like roaming fees.

In addition to eliminating data roaming fees, the trio of carriers were instructed to upgrade their network speeds, expand free internet access in public places and “significantly reduce” fees for fixed-line broadband service to households this year, according to similar statements published by all three on the same day. The new requirements were included in the annual work report presented at the opening of the National People’s Congress, the annual meeting of China’s legislature, that opened on Monday in Beijing.

“The company will roll out appropriate measures in due course to further implement the aforementioned policy requirements of the state,” Unicom said in its statement.

Despite new costs and lost revenue that will occur under the wide-ranging measures, the total burden is still less than many were anticipating, said Edison Lee, an analyst at Jefferies.

“The market likely overreacted to the government’s call for lower data tariffs,” Lee said in a research note. “All three telcos have launched new plans or new features of existing plans since the beginning of this month, likely to show the government that they would support the anticipated demand” for products under the new pricing guidance.

Lee added his view that Unicom is the best positioned of the three carriers to meet the new requirements, while China Mobile is the worst positioned.