By Yang Ge and Wang Luyao 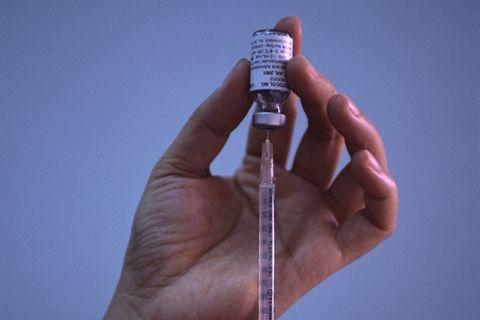 Trogarzo's success marks the first approval for a new biologically-based drug by the FDA this year. Photo: VCG

A biologically-based alternative HIV treatment developed in Taiwan and manufactured in China has won approval from the U.S. Food and Drug Administration (FDA), becoming the first such made-in-China drug to receive such approval, its producers said on Wednesday.

Ibalizumab-uiyk, which also goes by the name of Trogarzo, is a new option for people who have tried more conventional drugs without success to treat the virus that causes AIDS due to factors like resistance to those drugs, according to Taiwan-based TaiMed Biologics, which developed the drug and is producing it on the Chinese mainland with partner WuXi Biologics.

As part of its trials, 40 patients who had experienced HIV that was resistant to more conventional drugs experienced significant improvement one week after Trogarzo was added to their regimens, TaiMed said in a statement announcing the approval. After 24 weeks using Trogarzo plus other antiretroviral drugs, 43% of the trial’s participants achieved HIV RNA suppression, it added.

The deal marks the first approval for a new biologically-based drug by the FDA this year, and is also the first commercialization of such a drug for WuXi Biologics, the manufacturing partner based in East China’s Jiangsu province said in its own statement. (link in Chinese)

“While most patients living with HIV can be successfully treated using a combination of two or more antiretroviral drugs, a small percentage of patients who have taken many HIV drugs in the past have multidrug resistant HIV, limiting their treatment options and putting them at a high risk of HIV-related complications and progression to death,” said Jeff Murray, deputy director of the Division of Antiviral Products in the FDA’s Center for Drug Evaluation and Research.

“Trogarzo is the first drug in a new class of antiretroviral medications that can provide significant benefit to patients who have run out of HIV treatment options. New treatment options may be able to improve their outcomes.”

The pair did not specify when the drug will come to market for commercial use.