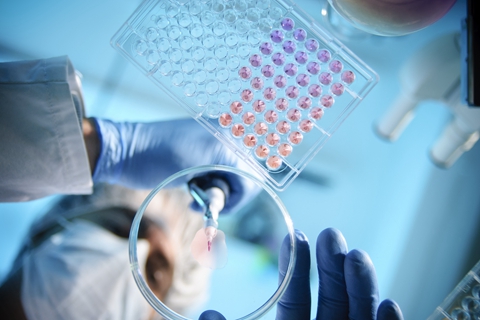 China’s health care sector is expected to continue its robust growth as the industry is benefiting from supportive policies and investors are drawn to surging biotech stocks listed in Hong Kong, said an analyst at ICBC International.

Last October, China’s State Council announced proposals to expedite approvals for new drugs and for the first time permit the use of data from overseas clinical trials.

Zhang told Caixin that domestic drugmakers with a large pipeline of medications will be able to bring their new products to market more quickly.

China has been pushing the implementation of a “two invoices” distribution system, designed to streamline medicine distribution channels, lower drug costs and prevent corruption. Zhang said the new system has encouraged big distributors to increase their market shares through mergers and acquisitions.

China has also updated its list of medicines covered by basic medical insurance programs, a boost to those pharmaceutical companies with newly included products.

Zhang is especially bullish on the biotech sector as China is leading in the number of clinical tests of PD-1 drugs — shorthand for programmed cell death protein 1 — which destroy cancer cells using the patient’s own immune system, and CAR-T therapies, which extract a patient's immune system cells and modify them to attack cancers.

Among the dozen domestic biopharmaceutical companies developing PD-1 drugs, Innovent Biologics Inc. in Jiangsu province is the only Chinese maker of a PD-1 inhibitor that has completed clinical trials and has applied to launch its drug. The company is in talks with investors to raise $150 million ahead of a planned initial public offering on either the U.S. or Hong Kong stock exchange, people close to the company’s management told Caixin.

Hong Kong-listed Genscript Biotech Corp. announced on Dec. 11 that its subsidiary had received permission to conduct cancer immunotherapy trials. The company’s share price rose by over 20% that day and continued to rise for the next month by nearly 140%.

Chinese medical device makers are also stepping up their interests in overseas acquisitions, a trend Zhang expects to continue in 2018.