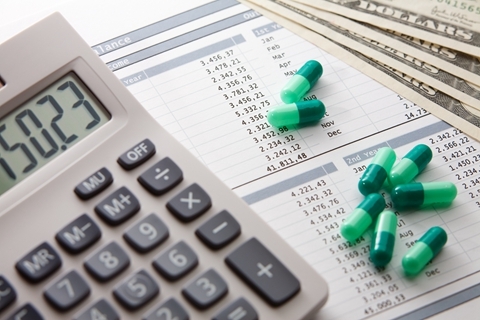 Breakthroughs in the biopharmaceutical industry "are as profound as those that happened in the information technology sector," said Bao Fan, chairman and CEO of China Renaissance. Photo: Visual China

China’s health-care sector will remain a hot spot for investment this year and biopharmaceuticals are becoming the most dynamic niche, said Bao Fan, chairman and CEO of leading investment bank China Renaissance.

“All conditions are ready for China’s health-care industry (to take off). It will enjoy good development for at least five to 10 years,” Bao told the news media on Tuesday.

China’s unfolding medical reforms, which are expanding medical services to a broader public, and advances in technology innovation have fueled the growth of the health-care sector.

“Because all of these factors, I believe there are great (investment) opportunities,” Bao said.

More opportunities are ahead for pharmaceuticals, especially for the rising biopharmaceutical sector, according to Bao.

“The impact of innovation and technology breakthroughs made in the biopharmaceutical sector in recent years, such as gene detection, are as profound as those that happened in the information technology sector. But it takes much longer time for pharmaceutical innovations to be commercialized,” he said.

Bao expects Chinese biotech startups to help the country gain a new competitive edge in the global health-care market, in contrast to the traditional pharmaceutical market that has been dominated by foreign companies.

A large number of innovative biotech companies have sprung up in China over the past few years supported by state policies. Leading players have busily tapped investors or sought public offerings for capital to fund their growth.

Last September, Shanghai-based Zai Lab Ltd., which is developing cancer-fighting medicines, raised $173 million in its initial public offering (IPO) in the U.S. Wuxi Biologics Cayman Inc. debuted in Hong Kong in June in a HK$4.6 billion IPO and has seen its share price rise more than 100% since. Several other firms, including Suzhou-based cancer-drug maker Innovent Biologics Inc. and Shanghai-based Hua Medicine are considering listing in Hong Kong or New York.

The growth of biotech business is closely tied to capital support, said Bao, adding China is one of the most active venture-capital markets.

Earlier this month, Innovent has launched a funding round to raise $150 million ahead of a planned IPO, people close to the company told Caixin. The company is valued at more than $1 billion.

In the fourth quarter last year, Chinese firms specializing in gene detection for cancer treatment raised $444 million, up by 174% from a year earlier, according to China Renaissance, the financial adviser for major player Genetron Health (Beijing) Co.

A big plus for the sector is the decision by the operator of the Hong Kong stock exchange to relax its listing rules for biotech startups, Bao said.

In December, the Hong Kong Stock Exchanges and Clearing proposed changes that will allow pre-revenue biotech companies to list, in a bid to attract more Chinese companies from the emerging industry to list in its market.

Under the proposed rules, biotech companies that aren’t making a profit can list on the Hong Kong bourse if they must fulfill a number of requirements, including a minimum expected market capitalization of HK$1.5 billion ($191.9 million).

Detailed changes in the rules are still under discussion but the bourse said the new rules will be put in place in the second half this year. Market analysts expect the changes to prompt many mainland tech startups to consider listing in Hong Kong.

Though U.S. stock markets will remain attractive to biotech firms because the industry’s most advanced companies and most experienced investors are concentrated there, listing in Hong Kong allows such firms to get recognition from other Chinese companies, so they may be able to achieve a higher valuation, experts say.