Britain’s House of Fraser Sold Out by Chinese Owner 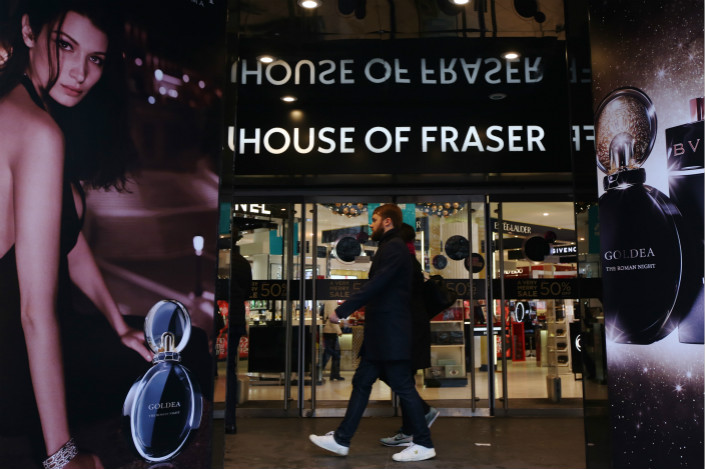 A shopper passes the entrance to a House of Fraser department store in London on Dec. 21. Photo: VCG

Nanjing Xinjiekou Department Store Co. Ltd., which is 27% owned by Sanpower, announced the sale of its 51% stake in House of Fraser Group Ltd. in a filing to the Shanghai stock exchange on Wednesday, saying the move was part of a reorganization (link in Chinese) . It said the sale includes House of Fraser stores that are mostly located in Britain, but also one in its hometown of Nanjing and the city of Xuzhou.

It said it would sell the stake for cash to a Nanjing-based tourism company called Five Seasons, but did not disclose a price. The Shanghai-listed company said it had requested a continuation of a previous share-trading suspension in light of the announcement, but added it anticipates trading will resume within a month.

Sanpower made headlines in 2014 when paid 480 million pounds ($666 million) for 89% of the storied chain, which traces its history back to 1849 when it began as a store selling draperies. Sanpower said at the time of the purchase that it wanted to expand the chain beyond Britain.