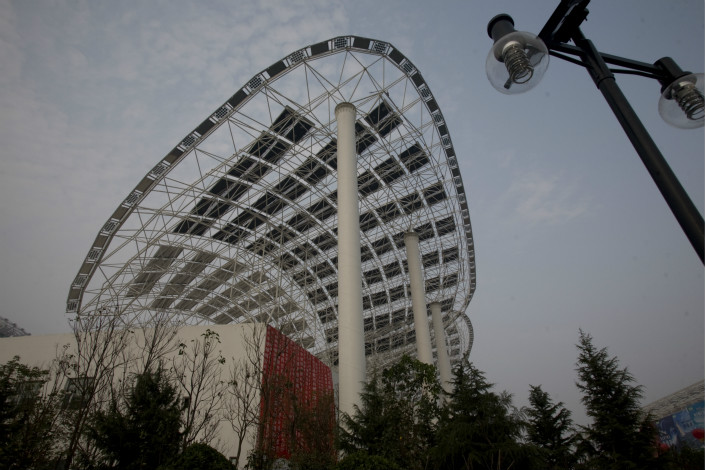 Investigators are trying to shine light on a spat between a solar power company and the city government that it has accused of reneging on a lucrative land deal.

A local government in Shandong province has formed a committee to address Himin Solar Energy Group’s accusation that authorities have failed to honor a land deal from nearly a decade ago, officials told Caixin.

The founder of the company, Huang Ming, said in a February WeChat post that the Dezhou city government had agreed to transfer plots of land to Himin Solar in exchange for an investment of about 3 billion yuan ($440 million at the time) in construction work for the 2010 International Solar Cities Congress, held in the city.

However, according to Huang’s post, which called city Party Secretary Chen Yong “lazy,” the Dezhou government never fulfilled its end of the deal, and even obstructed Himin’s attempts to claim the land. Huang’s post was later deleted.

Officials from Dezhou, including members of the local Communist Party committee, the planning bureau, and the land and resources bureau, are now investigating the matter, Caixin learned.

At the heart of the dispute is the dramatic rise in land value that the area — a major solar power hub about 200 miles south of Beijing — has seen in recent years.

In 2015, Dezhou was absorbed into regional plans for developing the greater Beijing-Tianjin-Hebei area, becoming the only Shandong city to join so-called Jing-Jin-Ji project. Dezhou land and property prices skyrocketed as a result. According to a Dezhou government official, the value of land in Diao Ligui Old Village, where the plots promised to Himin are located, rose from around 1 million yuan per mu (7,176 square feet) in 2015 to around 5 million yuan ($751,500) by 2017.

China’s central government hopes that the integrated development of Jing-Jin-Ji, which includes moving some of the capital city’s functions into surrounding areas, will relieve many of Beijing’s “big-city diseases” like pollution and congestion.

An unintended result, however, has been soaring property prices in surrounding areas and outer Beijing districts like Tongzhou, where a new political and economic center is being built. The average residential housing price per square meter in Tongzhou tripled from 2010 to 2017, according to 2017 figures from real estate agency Centaline Property, prompting the government to set new housing restrictions in an attempt to cool the market.