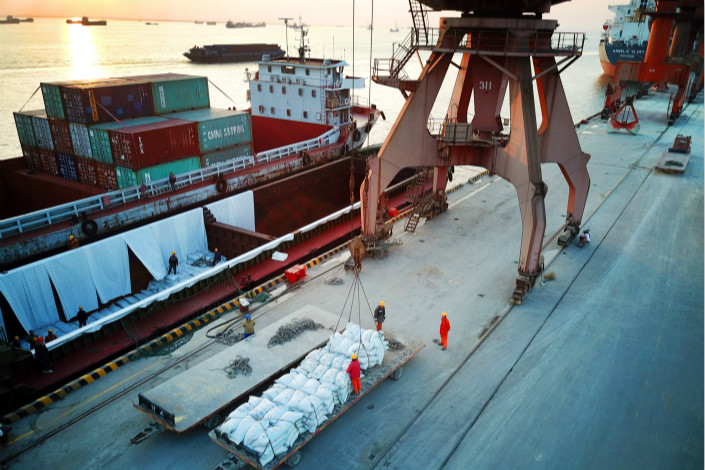 China doesn’t want to fight a trade war and has no intention of initiating one, but it has the confidence needed to face any challenge and defend its national interests, the country’s top trade official said.

“There is no winner in a trade war. It can only bring disaster to China and the U.S., and the rest of the world,” Commerce Minister Zhong Shan warned at a news conference on Sunday on the sidelines of the annual meeting of China’s top legislature.

“The China-U.S. trade imbalance has resulted in structural problems,” Zhong said during the meeting of the National People’s Congress, adding that the trade volume between the world’s two largest trading partners, which has grown more than 200 times larger over the past 40 years, shows the two countries’ economic relationship is based on reciprocity.

He also claimed that the different statistical standards used by Chinese and American authorities have led Washington to overestimate the size of the deficit. Zhong said that a joint working group of Chinese and U.S. experts, which compares the nations’ statistical discrepancies on a yearly basis, reported that the U.S. overestimated its trade deficit with China by 21% in 2017. The figure has been overestimated by around 20% “every year in the past” in the U.S. official statistics, Zhong said.

He also attributed the trade deficit to U.S. limits on high tech exports to China, adding that if Washington were to relax these controls, its trade imbalance with China could be cut by approximately 35%, citing a report from an unspecified U.S. research organization.

He said the two countries have not discontinued trade talks and will take negotiations to the next level, adding that Liu He, President Xi Jinping’s top economic adviser, engaged in “honest and constructive” talks with U.S. officials during his recent five-day visit to the U.S.