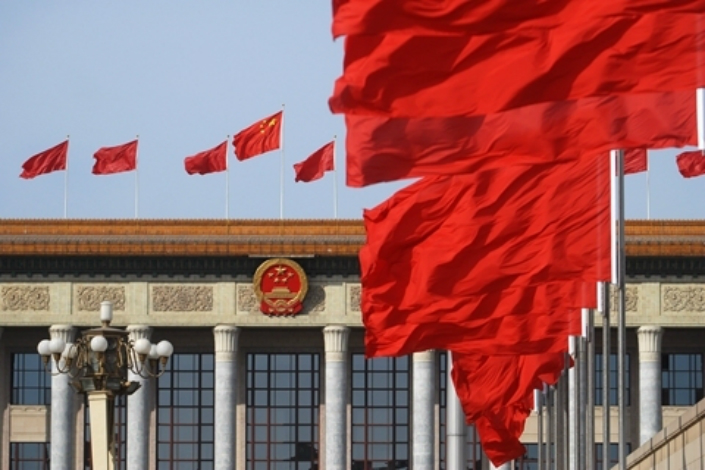 The latest Chinese cabinet overhaul, proposed by the State Council on Tuesday, will include a merger of the banking and insurance regulators. Photo: VCG

China will undertake its eighth major cabinet overhaul since reform and opening-up began in 1978, as the government seeks to improve efficiency.

The previous seven reforms, between 1982 and 2013, trimmed the number of ministries and commissions, which are the top-level agencies that form the State Council, to 25 from 52. The latest shake-up brings the number to 26.

The reorganizations involved merging smaller organizations with overlapping or similar functions. For example, when the first cabinet reform took place in 1982, eight government agencies that oversaw different industries, including energy, agriculture and engineering, merged to become one agency, the National Economy Commission.

The latest overhaul, proposed by the State Council on Tuesday, will see marriages that include a union of the banking and insurance regulators.

The changes in government structure have also reflected Beijing’s efforts over the past four decades to move toward a market-based economy.

In 2003, the term “planning” in the name of the country’s top economy policymaker was scrapped, leaving it with its current moniker, the China Development and Reform Commission.

In 2013, the government dissolved the Ministry of Railways, and decided that railways would be operated as a business with the formation of the state-owned China Railway Corp. The change came after former Railways Minister Liu Zhijun was sentenced to death the same year for corruption.

The latest reforms will replace the National Health and Family Planning Commission with a National Health Commission. The removal of the term “family planning” reflects a 2015 decision, effective in 2016, that lifted the one-child policy.