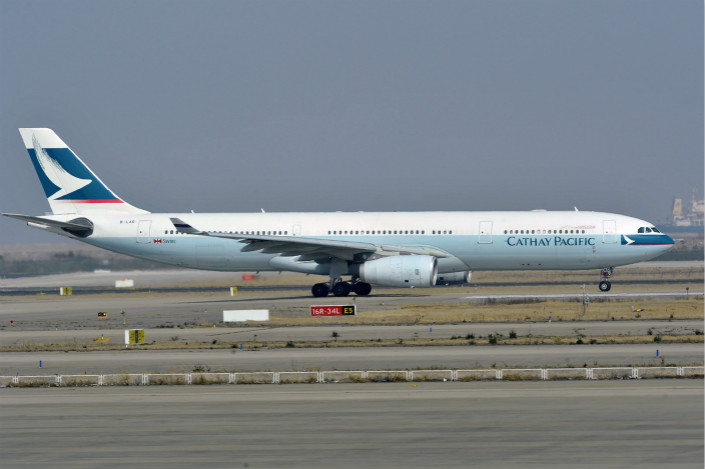 Hong Kong’s Cathay Pacific Group saw an attributable loss of HK$1.26 billion ($160.7 million) in 2017, nearly double its loss of HK$575 million in 2016, the company announced Wednesday. In the first half of 2017, Cathay reported a HK$2.05 billion loss, which was offset slightly by the HK$792 million profit it made in the second half of the year.

This marks the first time in the airline’s history that it has experienced a net loss for two consecutive years. But the company believes its ongoing three-year restructuring effort, which began in the first half of 2017, will pay off, Cathay Pacific Chairman John Slosar said Wednesday.

“We also look to benefit from a slowing of the decline in passenger yields as global economic conditions improve,” Slosar added in a statement. The airline’s passenger yield — the average fare paid per mile by each passenger — fell by 3.3% to 52.3 Hong Kong cents in 2017, although it grew by 3.1% in the second half of the year compared to the first half.

In addition, the airline predicts a positive outlook for its cargo business, although growing fuel costs have adversely affected the company’s results, Slosar said. Revenue from the cargo business of the group’s airlines, Cathay Pacific and Cathay Dragon, grew by 19.1% to HK$23.9 billion last year, Cathay Pacific Group said.

As part of its overhaul, Cathay Pacific — one of Asia’s largest aviation companies — reorganized its head office and laid off 600 employees in May, resulting in HK$244 million in redundancy costs last year.

The company also was hit with a fine of 57.12 million euros ($70.7 million) by the European Commission in March 2017 for anti-competitive behavior.