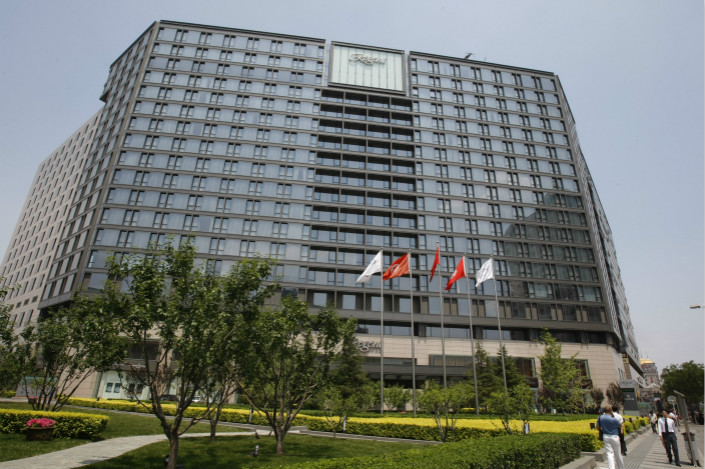 A Regent hotel stands in the central commercial area of Beijing. Photo: VCG

Global hospitality giant InterContinental Hotels Group PLC will buy a controlling stake of one of Taiwan’s best-known local luxury hotel operators, with plans for a global expansion of the brand as it also expands aggressively on the Chinese mainland.

UK-based InterContinental, whose brands include Holiday Inns, said it will pay $39 million in cash for Regent Hotels and Resorts, with an option to buy the remainder of the company in phases starting from 2026. Following the purchase, Regent will become a new luxury brand within InterContinental’s own portfolio.

Most of the world’s top hotel operators, such as Marriott International and Accor SA, use a similar strategy of providing a range of brands targeting different types of travelers, from the budget-conscious to big-spending luxury guests. Many directly manage hotels branded with their luxury names, while often licensing their lower-end brands to third-party franchisees.

InterContinental said that following its latest equity tie-up, one of its first in the Greater China market, it plans to expand the Regent chain from its current six locations to more than 40 in “key global gateway cities and resort locations.”

It added that its InterContinental-branded hotel in Hong Kong will switch to become a Regent-branded property following an extensive renovation set for 2020-2021. That hotel was originally one of Regent’s earliest properties, bearing that name in the 1980s and 1990s before later switching to the InterContinental brand.

“InterContinental is already one of the world leaders in luxury with our InterContinental Hotels and Resorts brand, but we see significant potential to further develop our global footprint in the fast-growing luxury segment,” CEO Keith Barr said. “We see a real opportunity to unlock Regent’s enormous potential and accelerate its growth globally.”

InterContinental’s investment comes as it has recently embarked on a major expansion on the Chinese mainland by leaning heavily on new franchising partnerships for its Holiday Inn family of hotels. The company has reached agreements to franchise about 100 of its lower-end Holiday Inn Express hotels on the mainland, following its decision to begin franchising in the market late last year, Barr told Caixin in an interview in January.

Following the rollout of the Holiday Inn Express franchising program, InterContinental will expand the campaign to also include the higher-end Holiday Inn and Crowne Plaza chains.

InterContinental’s tie-up with Regal follows similar moves with local partners by other global players in the lucrative Asia market. In an earlier such deal, French giant Accor SA, whose brands include Sofitel, formed a major alliance with China Lodging Group, whose brands include China’s popular Hanting budget chain of hotels.