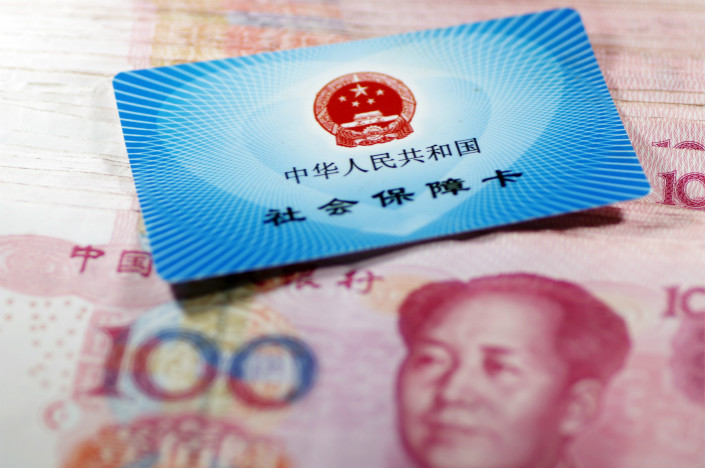 Moving China’s Social Security Fund under the Ministry of Finance will allow it to be managed in a more market-oriented way, the fund’s top manager said. Photo: VCG

Lou Jiwei, sitting head of the National Council for Social Security Fund (SSF) and an outspoken senior official who previously served as finance minister, said the institution will be managed in a more market-oriented way after it gets merged into the Ministry of Finance. The SSF is currently affiliated with the State Council, China’s cabinet.

The SSF’s current managerial mechanism is not appropriate for an investment body, Lou said, adding that “investment is a market-orientated activity, unlike government activities, which can be planned.”

The reorganization is expected to enable the SSF to improve cost controls and streamline decision-making and thereby boost returns, Lou said.

The reorganization is part of an ambitious plan to revamp the central government, with the goal of cutting red tape and boosting government efficiency.

Under the draft plan, new ministries will be created while some bureaucracies will be disbanded. The most eye-catching proposed change is the merger of the banking and insurance regulatory bodies into one entity, which will be tasked with overseeing both industries, and the transfer of their regulatory drafting responsibilities to the central bank, a development that will enhance the power of the monetary authority.

Bolstered by the central government’s fiscal support and state-owned enterprises’ capital, the SSF was founded in 2000 to cope with a potential pension deficit as China hurtled toward an aging society.

The SSF’s funding sources and managerial structure are different from national social security programs such as pension and medical care, which are controlled by the provincial governments. Those programs covered more than 900 million people at the end of last year.

The scale and speed of China’s aging is unprecedented in the world, Zheng Gongcheng, member of the committee for internal and judicial affairs of the National People’s Congress, the country’s top legislature, said at a press conference earlier this week on the sidelines of the ongoing legislative meeting.

The SSF has ventured into riskier territory such as the stock and bond markets in exchange for greater gains. By the end of 2016, it had total assets worth more than 2 trillion yuan ($316 billion) and notched up 31.9 billion in annual profits, official figures showed. The SSF’s average annual return rate has been 8.37% since 2000, much higher than the official inflation rate.