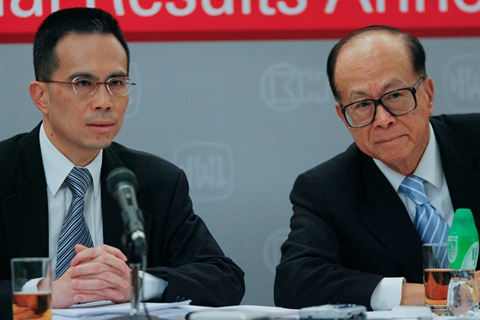 As Hong Kong’s richest man Li Ka-shing retires after decades of influence over some of the city’s largest companies, eyes are turning to his successor and eldest son, who has long avoided the limelight.

Victor Li, who will take over his father’s position as chairman of CK Hutchison Holdings Ltd., began working for the elder Li’s businesses in 1985, when he was 21 years old and fresh out of Stanford University.

In recent years, he has held multiple roles at the same time. At the time of the elder Li’s retirement announcement, Victor Li was simultaneously chairman of CK Infrastructure Holdings Ltd., which he led during its 1996 listing, and associate director, general manager, and vice chairman of CK Hutchison Holdings Ltd., among other positions within the Li business empire.

But most people in Hong Kong know Victor Li for the time he was kidnapped by Hong Kong gang leader Cheung Tze-keung in May 1996. Li was abducted while driving home from work, and only released after his father paid a ransom of HK$1.38 billion (about $178.4 million at the time).

Industry insiders and long-time observers of the Lis seem to agree that Li Ka-shing will be leaving his business in capable hands.

Allan Zeman, Hong Kong nightlife magnate and a close friend of the Li family, told Caixin that Victor Li “is a very smart boy. And he’s very focused — he knows what he wants to do.”

“Li has prepared his successor Victor Li for several decades since a young age,” Joseph Fan, a professor at the Chinese University of Hong Kong who studies the city’s business elite, told Caixin.

“In the past 20 years, Li trained Victor in overseas projects and later put him in charge,” Fan said, adding that Li’s recent “diversification and relocation of tangible assets to Western Europe and other developed markets is part of the long-term succession plan, considering Victor’s comparative advantage in developed markets over emerging markets such as China.”