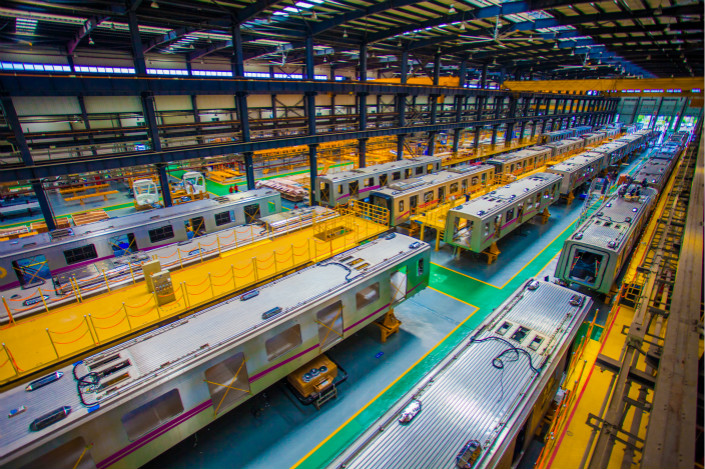 The policy, issued Tuesday by the National Development and Reform Commission (NDRC) — the country’s top economic planner — bans local governments from purchasing additional units unless 80% of the carriages are put into use by the city’s transportation operator.

The rule also applies to train-makers, which will be allowed to increase their capacities only if 80% of the trains they sold over the past two years were put into use.

China’s urban rail cars are mainly produced by state-owned rolling stock manufacturer CRRC Corp. Ltd., formed in 2015 with the merger of CNR Corp. and CSR Corp. CRRC’s six subsidiaries have produced the most of the country’s trains and related rail products.

In the years before the merger, CNR and CSR fought aggressively for market share by building production facilities in cities before securing orders from operators — an activity the new rules prohibit.

A total of 10 billion yuan ($1.58 billion) was wasted during that period, due to underutilized facilities, a source from the CRRC told Caixin.

The NDRC also said that train-makers will be encouraged to transform into service-oriented companies, as many trains are expected to be retired in the near future.