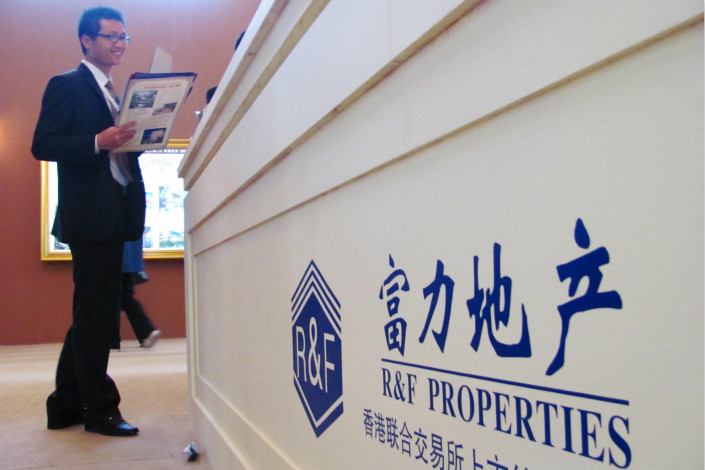 As of January, Guangzhou R&F Properties Co. Ltd. had completed the acquisition of 70 of the 73 hotels plus one office building it had agreed to buy from Dalian Wanda Group. Photo: VCG

The real estate and hotel conglomerate agreed to buy 77 hotels from Wanda for 19.9 billion yuan in July as the latter sought to pare back assets to cut debt. The two companies in November revised the deal, agreeing that R&F would buy 73 hotels and one office building from Wanda for 18.9 billion yuan.

Li said at a news conference about R&F’s 2017 results that the transactions related to 70 hotels and the office building had been completed with Wanda by January, while the transfer of the remaining assets is still underway.

The revenue generated by the hotels in 2017 has been enough to cover R&F’s interest payments for the loans it used to finance the deal, Li said.

R&F reported strong profit growth in 2017 due to rising sales and improved profit margins. The company’s net profit tripled to 21.4 billion yuan, and its contracted sales rose 35% from the previous year to 81.9 billion yuan, R&F said.

Li said he is upbeat about China’s property market despite tightening government controls. R&F is expects to see a further 60% growth in contracted sales this year to at least 130 billion yuan. By 2020, R&F expects its annual sales to reach 300 billion yuan.

By the end of 2017, the company had development rights to 51 million square meters (549.0 million square feet) of land plots in 69 cities, which were valued at about 617 billion yuan, according to R&F.

The purchase of the Wanda hotels is expected to boost R&F’s revenue from its overall hotel operations to 7 billion yuan this year from 2.4 billion yuan in 2017, the company said. As of early January, the company was operating 88 hotels with another 17 under construction.

Li said the company has looked at acquiring property assets owned by the indebted HNA Group in the southern island province of Hainan, without elaborating. HNA is another Chinese conglomerate that has stepped up efforts to offload assets to cut debts. Caixin reported earlier that the company has been approaching domestic institutions to discuss selling off some of its property and hotel assets.

Hong Kong-listed R&F submitted an application to list on the mainland market in November 2015 and has been waiting in the long line for regulatory review. The company is currently 70th in the line.