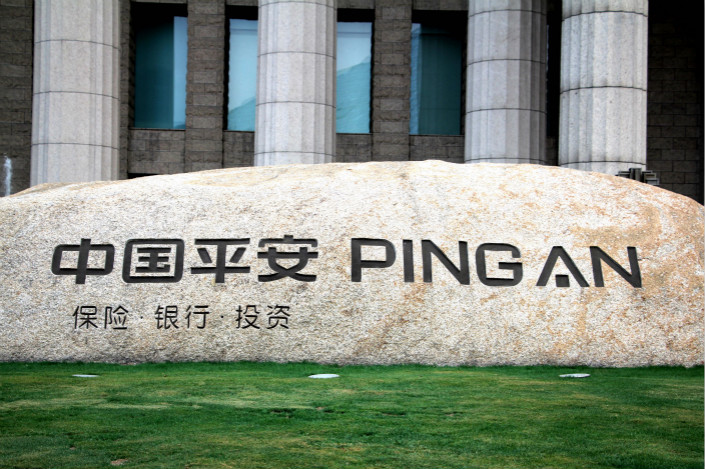 Ping An Deputy CEO Jessica Tan said the company plans to spend around 100 billion yuan ($15.7 billion) on research and development over the next decade. Photo: IC

Ping An’s strong earnings report comes at a time when premium growth is slowing across the industry as China’s insurance regulator continues its campaign against irregular, illegal and risky practices that could threaten the solvency of insurers and the industry as a whole. The industry’s total premium income in 2017 rose 18.16% to 3.66 trillion yuan ($577.95 billion), down from an increase of 27.5% in 2016, the China Insurance Regulatory Commission (CIRC) said in a statement (link in Chinese) on Jan. 22.

Ping An’s net profit rose to 89.09 billion yuan in 2017, up from 62.39 billion yuan from a year ago, according to a statement filed to the Shanghai and Hong Kong stock exchanges after the markets closed on Tuesday. Total revenue rose by 26% to 974.57 billion yuan, while its net earned premiums, a key income indicator for insurers, was up 29.7% at 572.99 billion yuan.

One of the key drivers behind the profit surge was “a rapid increase in retail customers and group’s online users,” Ping An said.

Alex Ren, president of Ping An, said the results benefited from the company’s strategic shift from just insurance to both insurance and technology. To support that strategy, Ren said that Ping An will continue to invest about 1% of its revenue each year in technology.

Ping An’s retail customers grew by 26.4% in 2017 to 166 million, and more than 40% of its new clients were online customers. Customer profitability, which is the average profit a company earns from serving one customer, increased 14.2% to 355.85 yuan, the insurer said.

Investors have recently taken an interest in Ping An’s plans to spin-off two of its subsidiaries and invest more in technology. On Jan. 12 and Jan. 31, Ping An filed separate filings to the Hong Kong stock exchange about its plans to list its online wealth management platform Lufax and its health care unit Good Doctor.

The annual report showed that Lufax, which had about 461.7 billion yuan in assets under management at the end of last year, turned profitable in 2017. Good Doctor, boasting more than 190 million registered users in 2017, has completed a pre-initial public offerings placement worth of $400 million, Ping An said, giving the health care company a $5.4 billion valuation.

“We spent some 7 billion yuan on technology research and development (R&D) in 2017. At that pace, you can see that Ping An will invest 100 billion yuan on R&D in the coming decade,” said Jessica Tan, the company’s deputy CEO, chief operations officer and chief information officer.

Ping An’s shares in Shanghai dipped 0.36% to close at 73.82 yuan on Wednesday, erasing an early surge that sent the stock as high as 3.52% in the morning session.