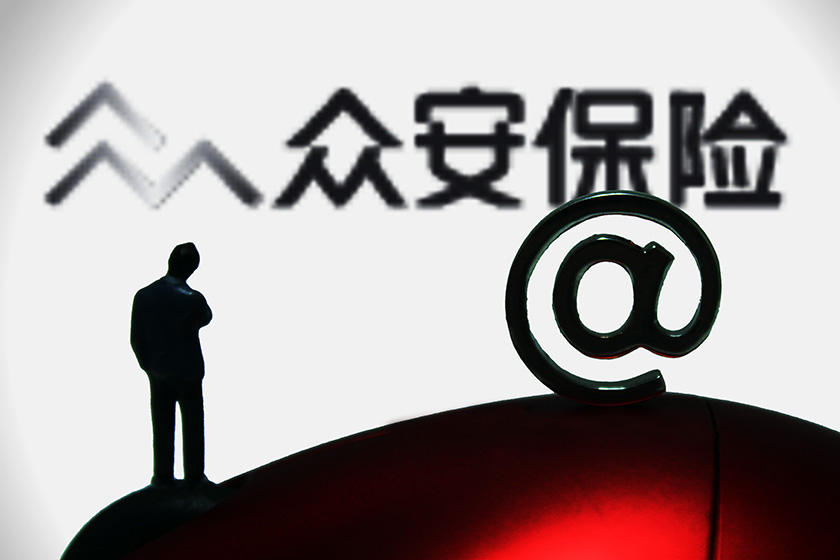 ZhongAn Chief Financial Officer Deng Ruimin attributed the loss to rising costs generated by rapid business expansion, increasing unearned premium reserves — which appear in the liability of insurers’ balance sheet to reflect the amount of premiums written but not yet earned — and losses caused by foreign exchange fluctuation after the insurer’s $1.5 billion initial public offering in Hong Kong in September.

ZhongAn’s premium growth in the first two months this year surged 119% from the year earlier to 1.3 billion yuan. But Deng said fast-rising unearned premium reserves may continue affecting the company’s profits this year.

ZhongAn CEO Chen Jin said that although the company’s profit margin is being squeezed by fast expansion, ZhongAn’s business has remained healthy.

Caixin has learned that ZhongAn is one of the applicants for a long expected pilot program approved by the State Council last year that will allow mainland firms to freely convert their nonlisted “domestic shares” into “H-shares,” which are traded on the Hong Kong Stock Exchange.

The program will allow founders or major shareholders of mainland firms to float their shares on the Hong Kong bourse, where nonmainland investors can buy them without being qualified investors on the Chinese mainland.

On March 11, ZhongAn released its revised corporate charter, which added terms regarding the conversion of company shares. The revision sparked expectations that ZhongAn is preparing for the convertibility pilot program.

Chen didn’t confirm whether ZhongAn will take part in the program, but he said ZhongAn has closely monitored the pilot program and believe the full convertibility will offer a good opportunity for ZhongAn to access investors and improve corporate governance.