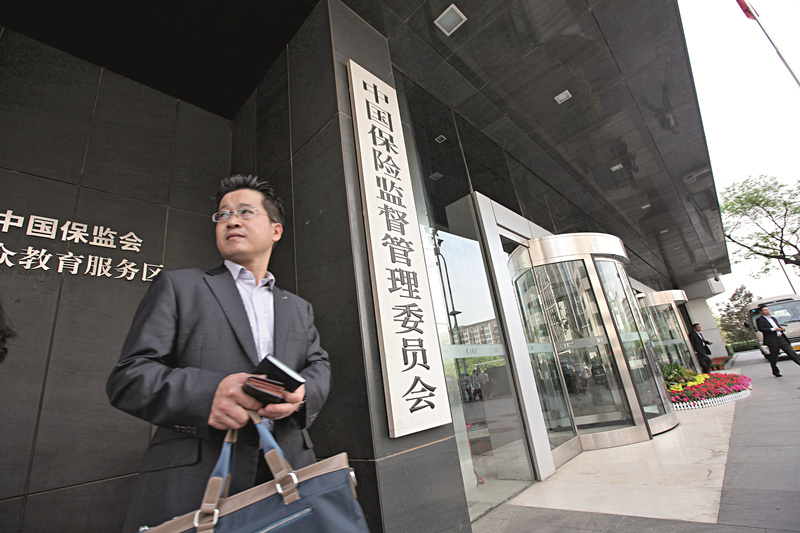 The China Insurance Regulatory Commission said it will trace shareholders’ investments into insurance companies back to the original funding sources. Photo: VCG

China is clamping down on opaque shareholding structures in the freewheeling $2.7 trillion insurance industry.

The China Insurance Regulatory Commission released new rules on Wednesday that cut the ceiling of single shareholders to 33% from the current 51%. Investors will have to use their own funds to buy a stake in an insurer and will be prohibited from hiding ownership through proxies.

Insurance companies should have “clear and reasonable shareholding structures,” and must reveal “the actual controlling entity to the regulator,” the CIRC said in a statement.

Generally, the regulator will allow big shareholders with stakes exceeding 33% to keep their holdings, though they will need to be gradually reduced in future company fundraising. However if the regulator sees a company as having dodgy corporate governance, it will require shareholders to comply with the new limit.

“Regulatory measures will be issued based on each company’s specific condition,” a CIRC official said.

The new rules, which take effect on April 10, are the latest steps by the CIRC to tame the insurance industry, which turned into a piggy bank for some large shareholders to fund big-ticket acquisitions and risky investments that came to be seen as serious threats to China’s financial system.

The clampdown reverses liberalization led by then-CIRC chairman Xiang Junbo of the cash-rich but sleepy industry.

In 2013, the CIRC increased the maximum stake of insurance shareholders to 51% from 20%, sparking a stampede by private investors to get into insurance. In practice, a single investor was often able to get the absolute controlling stake with shares held by relatives or affiliated parties.

Anbang Insurance Group, China's third-largest insurance provider in terms of premiums, is a prime example of opacity that exploded. According to a Caixin report, behind the insurer’s seemingly dispersed shareholding structure are a series of complicated transactions among more than 100 companies, all linked to the company’s former chairman, Wu Xiaohui.

In late February, the CIRC said it was taking over Anbang for a year to protect consumers, as the company struggled to pay back investors following a massive global buying spree. Wu has been charged with committing economic crimes.

Under the new rules, regulators will trace shareholders’ investments into an insurance company back to its original funding source to prevent proxy shareholding while banning ownership transfer through stake pledges and other financing methods.

A CIRC official said although previous rules have required investors to use their own capital to invest in insurers, their capital flows were often not closely monitored. The new rules will scrutinize investors’ capital sources.

The CIRC is also planning to introduce new rules regarding insurers’ board of directors to strengthen their corporate governance. In December, the commission published draft rules requiring insurance companies to have at least two independent directors on their boards. Companies with one controlling shareholder should have half of their board members consisting of independent directors, according to the draft rules, which are set to take effect this year.

The CIRC official said the commission will step up enforcement of the shareholding rules and work with the public security department to punish violators to “put more teeth” into insurance regulation.