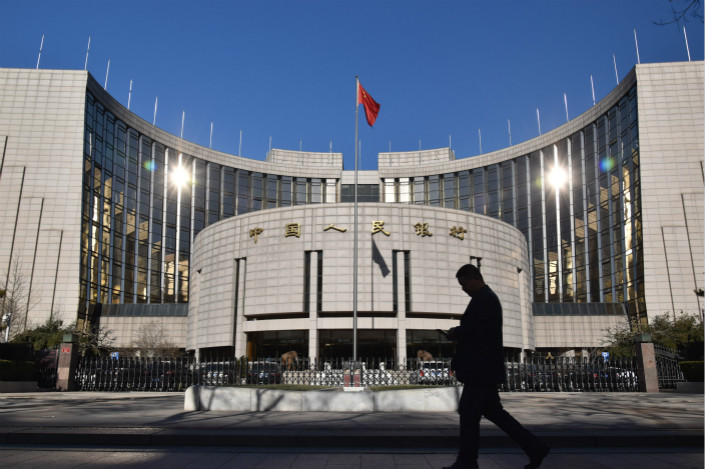 The Chinese central bank’s announcement came after the U.S. Federal Reserve on Wednesday raised one of its key interest rates by 25 basis points based on a stronger outlook for the U.S. economy and job market. Photo: VCG

*The increase marks the third time since March 2017 that the central bank has followed the U.S. in raising rates

China lifted an interbank interest rate on Thursday in response to the U.S. Federal Reserve’s raising of its key lending rate in a likely bid to fend off potential downward pressure on the yuan and a possible surge in capital outflows.

The People’s Bank of China (PBOC) increased the interest rate on seven-day reverse-repurchase agreements (reverse repos) by 5 basis points to 2.55%. But it kept intact benchmark interest rates that banks reference when making loans to retail and corporate borrowers. Any changes to the latter would have a more direct impact on market liquidity.

The Chinese central bank’s announcement came after the Fed on Wednesday raised the target range for the federal funds rate by 25 basis points to 1.5%-1.75% on a stronger outlook for the U.S. economy and job market. The Fed also increased its median projection for U.S. economic growth this year to 2.7% from a December forecast of 2.5%.

China’s hike of the reverse repo rate marked the third time since March 2017 that the PBOC has followed the Fed in raising interest rates.

The central bank’s Thursday move is aimed at keeping the difference between Chinese and U.S. interest rate rates stable to support the Chinese currency’s value and head off abrupt rises in capital outflows, ANZ Research economists Betty Wang and Raymond Yeung said in a note.

The PBOC described its rate hike, imposed through its open market operations, as “marginal” and “a normal reaction” to the Fed’s move.

But the increase is also intended to narrow the gap between borrowing costs in the money market and through open market operations, as the former has continued since last year to be higher than the rates the central bank charges when providing funds on the interbank market, an unnamed official with the PBOC’s open market operation office said in the statement.

“It will help market players form a reasonable expectation on interest rates, make them refrain from conducting irrational financing activities, and stabilize the leverage ratio of the macroeconomy,” the official said.