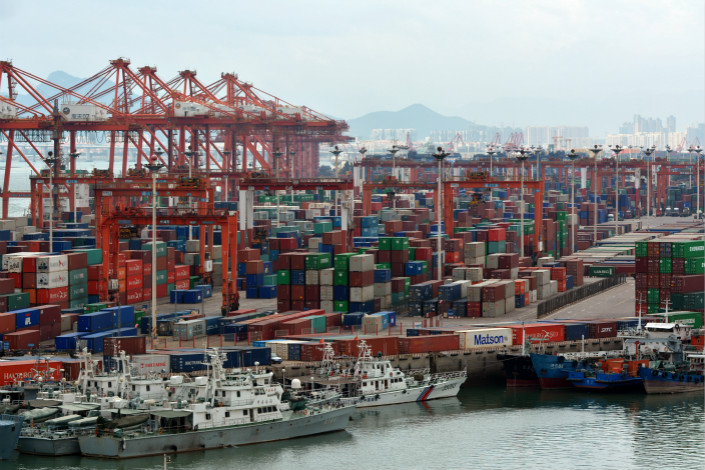 *U.S. is reportedly set to impose tens of billions of new tariffs on a range of Chinese exports by Friday
*In a statement, China's Commerce Ministry calls the U.S. a repeat abuser of international trade rules

China will not sit idly by as the U.S. hurts its interests, the Ministry of Commerce said Thursday, following reports that the Trump administration was poised to unveil a new wave of tariffs on Chinese exports.

The ministry’s statement came as a trade war looms between the world’s two largest economies, with the U.S. reportedly set to impose new tariffs by Friday worth up to $60 billion on a range of Chinese exports, as well as new restrictions on Chinese investment in the U.S. The statement pointed out that trade has served as the main driver and stabilizer of the Sino-American relationship.

In an earlier official statement released late Wednesday, the ministry slammed the U.S. for violating international trade rules and abusing trade remedy measures after a World Trade Organization (WTO) panel ruled in China’s favor regarding 11 countervailing duties that the Obama administration had imposed on Chinese exports.

In Wednesday’s statement, the ministry called the U.S. a repeat abuser of international trade rules and accused it of undermining the stability of the global trade system.

The ministry also urged the U.S. to provide Chinese companies with a “fair and stable international trade environment,” and rectify its previous “misconduct” in anti-subsidy investigations on Chinese exports.

The China-U.S. trade disputes subject to the panel’s ruling dated back to 2012, when China requested consultation with the United States concerning the imposition of countervailing duty measures on Chinese products such as solar panels, wind turbines, seamless pipes and aluminum extrusions.

China filed a new complaint with the WTO in May 2016 after the U.S. failed to comply with a 2014 ruling that determined that its anti-subsidy measures violated trade rules.

Regarding the escalation of Sino-US trade tensions, some Chinese academics have predicted that China will respond with limited tit-for-tat measures, such as raising tariffs on certain US exports like farm produce and automobiles.

So far, U.S. tariffs on steel and aluminum exports have apparently had just a limited effect on Chinese producers. However, “the negative impact on both Chinese economic growth and specific industries would be greater if the US significantly expands tariffs and other significant and broad-ranging protectionist measures” according to analysts from Moody’s Investor Service.

Although the total scope and scale of the tariffs have yet to be revealed, they have the potential to do the most damage to manufacturing industries with significant exposure to the U.S. market, the Moody’s analysts said in a note.