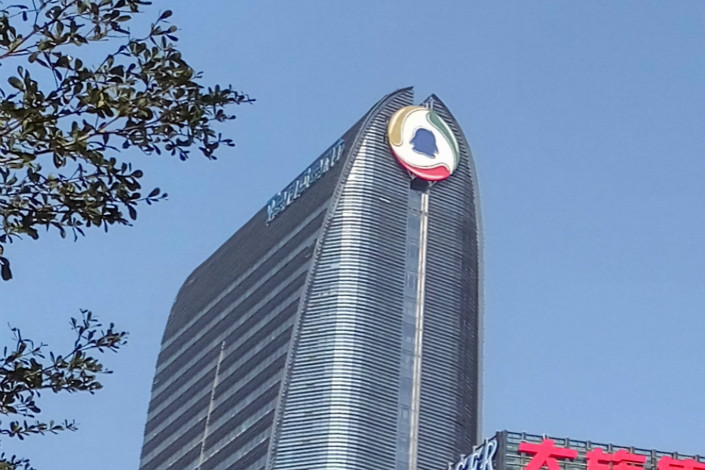 Shares in Chinese gaming and internet conglomerate Tencent, which owns the WeChat app, slumped for a second day in Hong Kong after its biggest shareholder announced the sale of part of its stake, wiping $23 billion off the company’s market value.

Tencent Holdings Ltd. fell 4.42% to HK$420 ($53.52) on Friday, after sinking as much as 8% during the day after announcing that a subsidiary of its controlling shareholder, Naspers Ltd., was cutting its stake to 31.2% from 33.2%. The stock dropped 5% to HK$439.4 on Thursday as the company’s warning that short-term margins might suffer from higher spending on content and technology. The news offset a strong fourth-quarter earnings report that saw revenue jump 51% and net profit surge 98%.

Naspers, a South African media and investment company, initially invested about $33 million in Tencent back in 2001. But the sale of a fraction of its stake at a discounted price of HK$405 per share raised $9.8 billion, which Naspers said will be used to invest in its own businesses, including online food delivery and fintech.

The South African company’s remaining shareholding is worth HK$1.24 trillion, and Naspers said it would not reduce its stake any further for at least the next three years.

Pony Ma, Tencent’s chairman and CEO, said of the sale: “Naspers has been a steadfast strategic partner over a great many years. Tencent respects and understands Naspers’ decision and looks forward to continuing to work closely together in building a mutually supportive and prosperous future for both companies.”

Tencent, China’s biggest social media and entertainment company, said on Wednesday that its fourth-quarter net profit almost doubled to 20.8 billion yuan ($3.29 billion), helped by strong payment services and its video-streaming business. Its full-year profit for 2017 jumped 74% to 71.5 billion yuan. The number of monthly active users of its flagship social media app, WeChat, has risen to more than 1 billion.

The Shenzhen-based company will focus on expanding its video, payments, cloud, artificial-intelligence and smart-retailing businesses in 2018, Executive Director and President Martin Lau said at the earnings conference call on Wednesday.

Tencent spun off its online publishing unit, China Literature Ltd., last year, and Lau said the group is now considering a separate listing for its online music division, which has signed agreements with rival music streaming platforms NetEase Music and Ali Music Group that allow the companies access to each others’ music databases and millions of songs.

Ma also told reporters on Wednesday that Tencent will consider a domestic listing under the government’s plans to fast-track initial public offerings for overseas-listed Chinese tech giants when conditions are right.

The China Securities Regulatory Commission is studying the possibility of allowing tech companies to make secondary listings on the mainland market through the issue of China Depositary Receipts. Alibaba Group Holding Ltd. and JD.com Inc. are expected to become the first such companies, several sources close to the matter told Caixin.