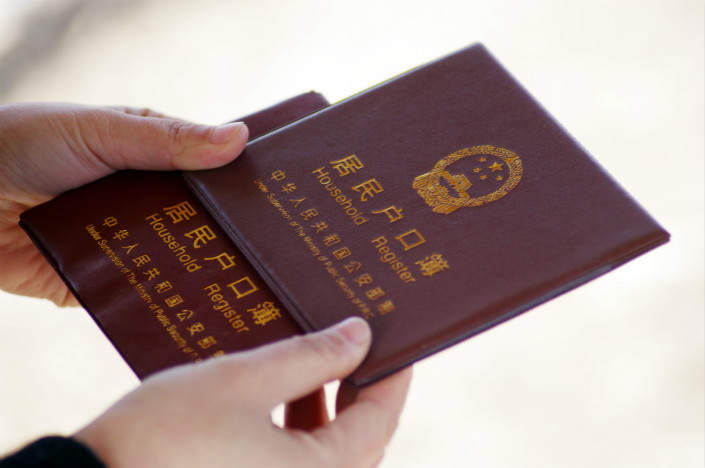 Shanghai residents who have legal overseas residency will not have to surrender their hukou on May 1 as previously announced. Photo: VCG

Shanghai police are suspending implementation of a rule that would cancel citizens’ household registration if they also hold an overseas residence permit.

“As the detailed rules of the Exit and Entry Administration Law of the People’s Republic of China hasn’t been finalized, the statutory definition of ‘settling abroad’ remains unclear and unspecified,” the city’s public security authority said in a statement Sunday. “Hence, at the current stage, the Shanghai policy will not terminate the (Shanghai residency permits) of those settled abroad.”

The statement came after police announced a revision to the regulation on its website on March 13, ordering “Chinese citizens who have been long settled abroad or obtaining other nationalities” to report to the police and surrender their “hukou,” or household registration.

Hukou confers a slew of residency rights for each city, including social welfare and the ability to purchase property.

Migrants who don’t have a local hukou but have been living in the city for years are often denied the right to have their children attend local public schools, or have only limited access to many public services.

The city’s public security authority also had said it would notify dual-residency holders of the rule and may terminate the residents’ Shanghai registration if they did not comply within one month. The rules were set to take effect on May 1.

Authorities argued that terminating the hukou of foreign-residency holders has long existed in previous versions of the regulation, and pointed out several instances in which a hukou was surrendered but regained through legal channels, but debate online continued.

China bans its citizens from holding dual nationality, but a growing number of citizens are obtaining green cards, or permanent residency, in other countries. The rules have been in place since 2003, requiring citizens under such cases to cancel their hukou, but enforcement has been lax.