By Liu Caiping and Ke Baili 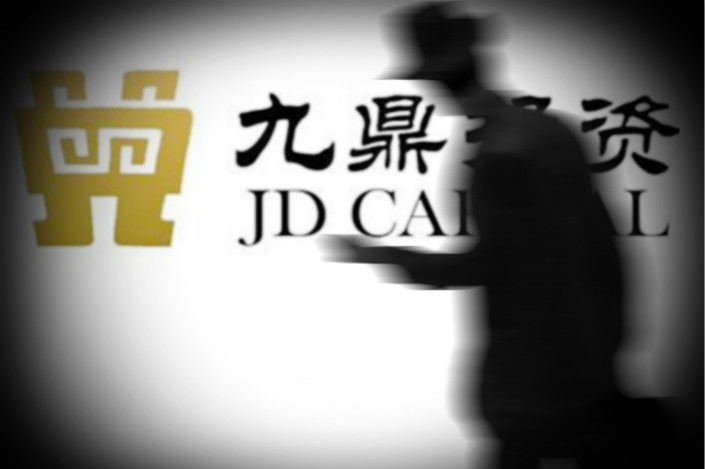 Financial company Jiuding share price has plunged by nearly 75% in the two days since the stock resumed trading after a 33-month suspension, with investors spooked by an ongoing investigation into the firm.

Trading of the company’s shares only resumed on Tuesday after trading was suspended in June 2015 due to acquisition and restructuring deals. Its price has since plummeted 74.4% from its price of 6.83 yuan before the suspension.

The plunge came after Jiuding announced late Friday, as per NEEQ regulations, that it was under investigation by the China Securities Regulatory Commission for possibly violating securities laws.

Jiuding Chairman Wu Gang tried to downplay the investigation at a lengthy meeting with investors over the weekend, likening it to a routine check. He also promised the company will buy back 1 billion yuan in stock over the next year for no more than 5 yuan per share.

“We’re very experienced with investment, but less so on information disclosure in capital markets. Sometimes it’s hard to avoid overlooking a few minor problems,” he said.

However, investors seem unconvinced. Caixin has learned that the investigation could be targeting more serious wrongdoing uncovered initially by checks into the company by government auditors. Such misconduct could be market manipulation and illicit practices in previous share placement deals.

Jiuding was founded in 2007 by Wu Gang, a former official of the China Securities Regulatory Commission, and two other people.

The investigation into Jiuding is likely part of a government crackdown on misconduct by private financial conglomerates, as authorities seek to rein in risks from the credit-fueled overseas expansions of some companies while tightening control over the ownership of banks to stop shareholders from building up hidden stakes and using them to influence operations.

In one of the most high-profile cases, China’s insurance regulator announced in February that it was taking over troubled Anbang Insurance Group for one year, and possibly up to two years, to restructure and recapitalize the company after it violated laws and regulations that threatened its solvency. Its former chairman, Wu Xiaohui, admitted on Wednesday to illegally raising more than 720 billion yuan by selling insurance products without government approval.

Other conglomerates such as Fosun International and HNA Group have also been criticized by regulators for undertaking highly leveraged investments overseas, and have been forced to sell off assets as their financial difficulties have grown.

This story has been updated to clarify Jiuding's official English name.