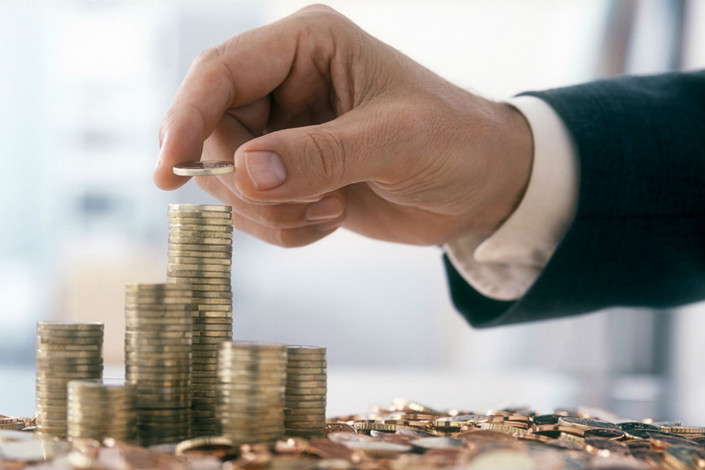 Premier Li Keqiang said at a press conference on Tuesday at the closing of the National People’s Congress that China has the ability to avoid systemic financial risks. Photo: VCG

The Chinese government will take decisive measures to tackle isolated problems at individual financial companies to stop them from spreading, Premier Li Keqiang said Tuesday, declaring that the country is able to prevent the outbreak of systemic financial risks.

“A blister needs to be pricked when necessary. Otherwise, a small problem will spread and lead to moral hazard,” Li told reporters at his annual news conference at the close of the National People’s Congress. The premier was responding to a question about whether new risks are building in the financial system and whether authorities will take enforcement measures against reckless financial companies in the future as they have recently done to some insurers.

“We have seen some irregular practices, violations of laws or attempts to escape regulation making waves in the financial sector. The relevant authorities have taken resolute measures to deal with some pockets of risk to prevent them from spreading,” he said. “The positive experiences we have accumulated will be applied to solving problems in the future. We will continue to deal with these cases if they arise in the future.”

China’s leadership has listed preventing major risks, particularly financial risks, among its top priorities over the next three years. The authorities have already ramped up efforts to crack down on “shadow banking” activities, which are not reflected on the balance sheets of financial institutions and have escaped proper regulatory oversight. They have also taken action to rein in aggressive financial companies that took on too much risk and whose shareholders used them as cash machines to buy up assets.

In late February, the insurance regulator announced that it was taking over troubled Anbang Insurance Group for one year, and possibly up to two years, to restructure and recapitalize the company after it committed violations of laws and regulations that threatened its solvency. Its former chairman, Wu Xiaohui, has been charged with economic crimes.

Anbang made headlines for its debt-driven overseas acquisition spree that included the purchase of New York City’s iconic Waldorf Astoria hotel in 2014. Concerns also grew that the company’s rapid expansion through the sale of short-term, high-yield insurance policies to invest in bonds, securities and the property market was too risky and posed a danger to the stability of the financial system.

Other conglomerates such as Fosun International and HNA Group were criticized by regulators for undertaking highly leveraged investments overseas and have been forced to sell some of their assets as their financial difficulties have increased.

Financial regulators are also tightening control over the ownership of banks and insurers to stop shareholders from building up hidden stakes and using them to influence the companies’ operations.

The Financial Stability and Development Committee was set up last year to oversee regulation of the financial sector, and its responsibilities include coordinating monetary policy and regulations governing the industry, and formulating policies to control risks and maintain financial stability. Earlier this month, the State Council announced an overhaul of the government that will involve the merger of the banking and insurance regulators and will see the People’s Bank of China gain new powers, such as taking over the role of drafting key rules and drawing up macroprudential regulation for the banking and insurance sectors.

Li said that China is well-prepared to guard against systemic risks and said the banking system had adequate capital to weather any problems.

“China is capable of preventing systemic financial risks and they will not happen in this country because the fundamentals of the Chinese economy are sound and the operation of the financial system is stable,” he said.

“Of course, when you consider that China is an 80-trillion-yuan economy and its banking assets amount to 250 trillion yuan, it’s impossible that there would be no risk at all. As the saying goes, ‘many clouds create rain and a tall tree attracts wind’.”

He said Chinese banks’ capital adequacy ratios and provision coverage levels are “higher than international standards.” Banks have more than 20 trillion yuan ($3.16 trillion) in deposits set aside at the central bank and the average reserve requirement ratio of the banking sector is around 15%, Li said.

At the end of last year, the capital adequacy ratio of Chinese lenders averaged 13.65%, higher than the 8% standard set by the Basel III international banking regulations, and loan-loss provisions averaged 181.42% of their bad loans, according to figures from the China Banking Regulatory Commission.