By Cheng Siwei and Liu Xiao 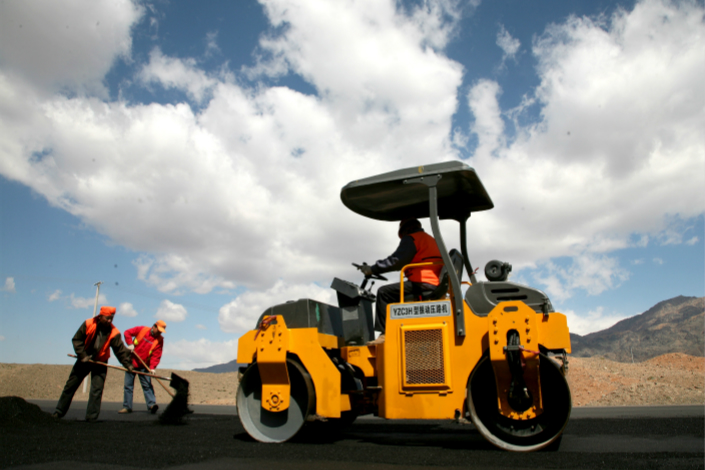 Local authorities have scrapped 2,334 public-private partnership (PPP) projects with a combined value of 2.25 trillion yuan ($357 billion), according to a company that monitors the ventures, after the Ministry of Finance ordered a crackdown to curb further growth in local government debt.

The ministry announced an overhaul of the PPP approval system in November and gave officials until the end of March to weed out unqualified projects and delist them from the central registration system. The move was aimed at closing loopholes in the initiative that were being exploited by local governments to raise funds through banned channels and spend money on risky projects that were unlikely to earn an adequate return on investment.

Of the projects removed from the system, 720, almost a third of the total, were located in the Xinjiang autonomous region in Northwest China, and had a combined value of 443 billion yuan, or 20% of the total value, according to numbers provided by Beijing Bridata Technology. The Inner Mongolia autonomous region, a coal-rich area in North China, delisted 445 deals worth 299 billion yuan, and Yunnan province in the southwest took out 248 proposals with a total value of 435 billion yuan.

A separate survey by Everbright Securities showed similar numbers – it said 2,179 projects valued at 2.13 trillion yuan were removed from Nov. 20 to April 1.

But even as the 2,334 ineligible projects were removed, another 2,011 deals were added to the list over the same period in provinces that included Sichuan, Guangdong and Henan, according to Beijing Bridata Technology.

According to the Ministry of Finance’s PPP center, 13,970 projects are still registered in the system, of which 7,476 worth a total 11.44 trillion yuan have been approved and are in their implementation phase. An additional 6,494 deals are awaiting assessment and are on what’s known as a reserve list, a “wish list” of projects identified by local governments but that have yet to undergo a value-for-money analysis and fiscal affordability reviews.

The ministry gave local authorities a 30-day grace period after March 31 to finalize their lists, which means more projects could yet be removed.

Although the delisted projects could still go ahead, their removal from the official registration system means they are not eligible to be funded through the PPP model, under which private companies invest in government infrastructure projects.

The ministry’s directive in November required provincial governments to review all approved PPP projects and remove any that did not comply with requirements such as passing a fiscal affordability assessment or ensuring no borrowed money had been used to fund the project.

The order was intended to “prevent the PPP program from being abused and turned into a new type of (government) financing vehicle, and to firmly contain the risk of an increase in hidden debt,” the ministry said at the time.

Chinese policymakers have highlighted local government debt, especially hidden debt, as one of the main financial risks that needs to be addressed.

By the end of 2017, China’s total outstanding government debt was 29.95 trillion yuan, or 36.2% of the country’s gross domestic product, with local government debt accounting for 16.5 trillion yuan of the total, according to figures from the Ministry of Finance. But the numbers don’t include trillions of yuan of hidden local government debt. Some researchers close to the policymaking process say the off-balance sheet liabilities of some regions are as much as five times their on-balance sheet debt.

“The risks of this hidden debt are severe, especially as it has grown rapidly and become more complex and obscure as local governments try to avoid regulation,” said Yuan Haixie, deputy director of the chief economist’s office at the China Chengxin International Credit Rating agency.

According to the company’s own calculations, hidden local government debt could have grown by as much as an average of 27% a year in the past two years, compared with just a 7% increase in on-balance-sheet debt.

China Chengxin estimates hidden local government debt was 20 trillion yuan to 34 trillion yuan at the end of 2017, as much as double the on-balance sheet borrowings listed by the Ministry of Finance.

Other analysts say the problem of off-balance sheet local government debt is not as severe.

Feng Beilin, a researcher at the China Academy of Fiscal Sciences gives a much more conservative estimate, saying that hidden local government debt is 7.3 trillion yuan to 7.6 trillion yuan.