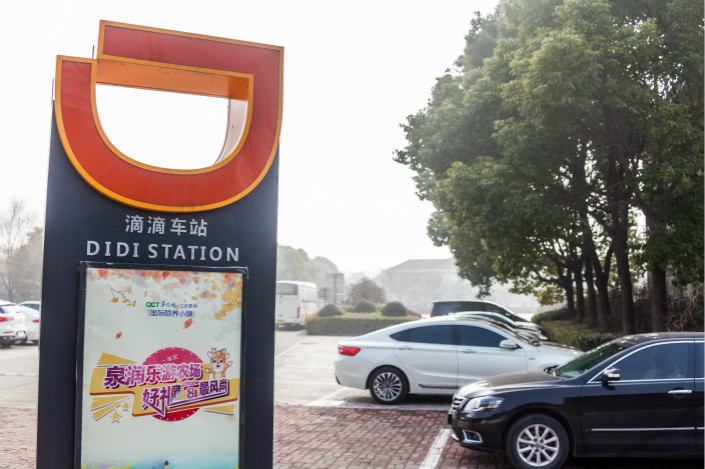 After a December fundraising round, Didi is now valued at $56 billion. Photo: VCG

Chinese ride-hailing giant Didi Chuxing plans to use its own platform to enter Mexico this month, marking a break from the company’s global expansion strategy, which usually involves partnering with local players.

Didi Chuxing Technology Co. is now hiring drivers in the Latin American country, and is set to officially launch its service there by end of this month, a source inside the company told Caixin. The source declined to be named as the plan has yet to be made public.

“Indeed, we are looking to launch the service first in a number of Mexico’s robust regional commercial and cultural centers, such as Toluca,” a city just west of Mexico City, the source said, citing an internal business plan.

Didi will not charge drivers commission fees during the first eight weeks of the service, the source said. After that period, the company will charge a 20% fee, compared with Uber’s 25%.

Didi acquired Uber’s China business in 2016, and has since ramped up efforts to expand overseas.

After a December fundraising round, Didi is now valued at $56 billion, and has built up a global network through investments and partnerships with ride-hailing businesses across five continents.

In January, Didi acquired Brazilian peer 99 in a deal believed to be worth $600 million. Previously, Didi took stakes in Southeast Asia’s Grab, India’s Ola, Careem in the Middle East and Estonia’s Taxify, whose key market is Eastern Europe. In the U.S., Didi invested $100 million in Lyft, Uber’s main rival in the American market.

Didi has previously opted for partnerships with local players when entering foreign markets, partly as a way to lower risks in complex regulatory environments.

But the company has recently adopted a more active approach in markets outside the Chinese mainland.

In February, Didi announced it was integrating its Hong Kong app, called Kuaidi Taxi, into the same platform used on the mainland, and is now building up an independent management team in the city.