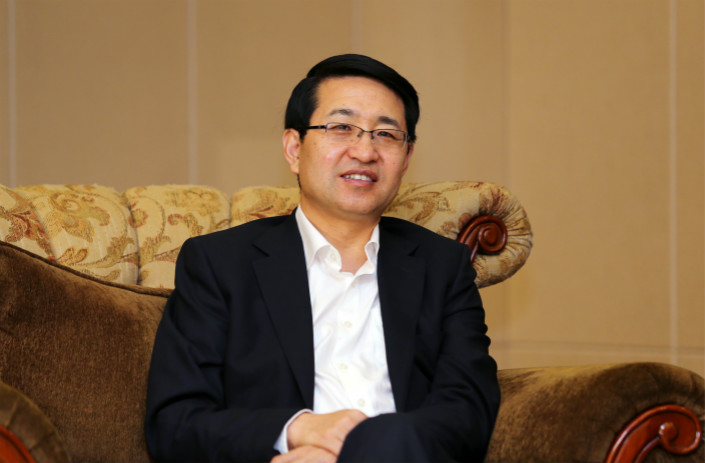 Former Unigroup Vice Chairman Yu Yingtao will take over as chairman of the company after Zhao Weiguo retires. Photo: IC

Zhao Weiguo, the man who thrust Tsinghua Unigroup Ltd. onto the global stage with a multibillion-dollar investment spree on companies engaged in high-tech microchip manufacturing, is retiring for personal reasons, two of the company’s listed units said.

Zhao’s retirement had been the source of speculation since the start of the week, when media showed a screenshot of a microblog post reportedly from Zhao announcing his retirement. In the post Zhao said he made the decision because he was too busy and his workload was too heavy.

Unigroup Guoxin Co. Ltd. and Unisplendour Corp. Ltd. both released similar announcements on Monday confirming that Zhao had resigned as their chairman. (links in Chinese)

“Mr. Zhao Weiguo has tendered his resignation as a director and chairman due to a busy workload,” Unisplendour said in its statement. It added that Zhao would not hold any positions at the company after his departure. In a separate announcement on Wednesday, Unisplendour said that vice chairman Yu Yingtao had been selected as the company’s new chairman.

Unigroup was at the forefront of a group of Chinese companies that embarked on an aggressive government-supported spending spree aimed at building up the nation’s microchip manufacturing capacity over the last three years. China is the world’s largest buyer of such chips, which power everything from smartphones to microwave ovens. But due to its lack of capability, China still has to import the majority of those chips from big global names like Qualcomm and Broadcom.

Unigroup and its affiliates, which are based in leading sciences school Tsinghua University, first made global headlines in 2015 when the company bought 51% of H3C, the China-based networking equipment maker owned by Hewlett-Packard, for $2.5 billion.

But many of Zhao’s attempts to buy overseas chipmakers were less successful, collapsing over national security concerns from governments wary of selling their cutting-edge technologies to a Chinese buyer. One of the largest of those involved leading U.S. memory chip-maker Micron Technology Inc., which Unigroup had been trying to buy for $23 billion in 2015 before the deal collapsed.

Since joining Unigroup in 2013, Zhao has spent nearly 100 billion yuan ($15.9 billion) on investments in some 20 companies. At a recent economic forum, Zhao said he planned to spend $100 billion over the next decade on chip-making facilities, including plants in the cities of Chengdu, Wuhan and Nanjing.