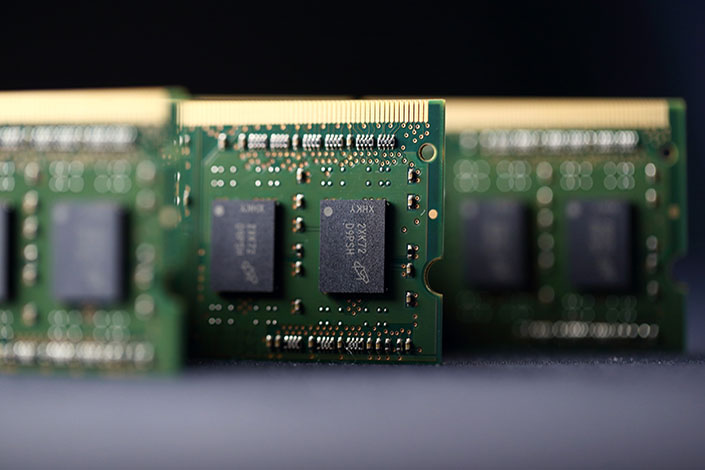 At least 17 major new chip plants are now under construction in China, by both domestic and foreign companies, in a spending spree worth more than $100 billion, according to industry tracking firm TrendForce. Photo: VCG

A group led by chip-making aspirant Tsinghua Unigroup will build a 60 billion-yuan ($9.5 billion) integrated circuit (IC) design and manufacturing facility in the interior city of Chongqing, the latest step in the company’s drive to become a world-class semiconductor maker.

Unigroup, which is based at leading sciences school Tsinghua University in Beijing, will team up with the Chongqing municipal government and Sino IC Capital on the project, which has a registered capital of up to 100 billion yuan, according to a Tuesday report in the Chongqing Daily posted on the municipal government’s website. The facility could absorb up to $100 billion in investment over the next 10 years, the report added.

As part of the deal, Unigroup has agreed to also include a chip-development component, in addition to the main facility that will produce ICs, another name for the high-tech chips that form the brains of electronics including PCs, smartphones and microwave ovens. Upon completion, the facility will have the annual capacity to produce chips valued at more than 100 billion yuan, the report said.

The facility will focus on seven types of cutting-edge chips, including those used in intelligent security, cloud computing and digital television. Signing of the deal comes just a month after Unigroup broke ground on a similar IC-manufacturing project in neighboring Sichuan province, which was expected to receive up to 200 billion yuan in investment over the next 10 years, according to Unigroup’s website.

Unigroup has been one of the most aggressive participants in a field of Chinese companies trying to become major global high-tech chipmakers. Despite its status as the biggest consumer of such high-margin chips, China must still import the majority of these chips that it uses due to its own lack of experience and manufacturing facilities. Beijing is trying to change that by making billions of dollars available to Unigroup, Sino IC Capital and others to set up new domestic facilities and make international purchases.

At least 17 major new chip plants are now under construction in China, by both domestic and foreign companies, in a spending spree worth more than $100 billion, according to industry tracking firm TrendForce. Analysts said the major new construction could lead to chip manufacturing equipment shortages over the short-term, and a potential global chip supply glut over the longer term as new facilities come on stream.

Outside of China, some Chinese firms’ larger attempts at international purchases have been blocked by local governments in places like the U.S. and Taiwan, over concerns that selling such cutting-edge technology could compromise security. In one of the latest cases to get vetoed over such concerns, U.S. President Donald Trump blocked the sale last fall of local chip designer Lattice Semiconductor Corp. to a Chinese group for $1.3 billion.

In another high-profile deal, Unigroup attempted to buy leading U.S. memory chipmaker Micron Technology in 2015, but later abandoned the effort over concerns the deal would get similarly blocked by Washington. More recently, a unit of Sino IC Capital announced a plan last April to buy U.S. semiconductor testing company Xcerra Corp. for $580 million.