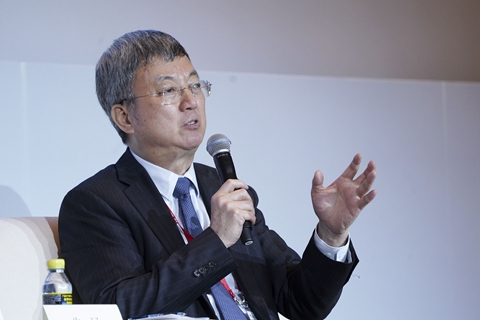 The U.S. stock markets have been rising toward historical highs, but risks are also looming, said Zhu, president of National Institute of the Financial Research at Tsinghua University in Beijing.

Triggers of a crisis could be interest rate hikes by the Federal Reserve or U.S. administration’s shift of policies toward Iran or North Korea, said Zhu. Possible correction of tech stock valuations may also spark greater risks, he said Wednesday at the economic event held in China’s southern province of Hainan.

Zhu’s remarks echoed the bearish stock market view of veteran investor Jim Rogers, chairman of Rogers Holdings Inc. “The next bear market is going to be the worst in my lifetime,” Rogers told media in late March in Moscow.

Zhu also warned about risks of the $20 trillion debt accumulation in the U.S., which will lead to $1 trillion interest payments annually starting in 2019. The heavy payment obligations will add pressure to the government coffers, as well as to the value of U.S. dollar, said Zhu.

More debt has accumulated in the global economy since the financial crisis. The total debt loads have reached $132 trillion today from $72 trillion in 2007, posing threats to the financial system, said Zhu.

Tech stocks at the U.S. markets are valued too high and a correction is inevitable, said Zhu. But it is unclear how much the tech stock correction will impact the entire market.

A broader crisis may be triggered by the Fed’s rate hikes, if its communication with the market is not adequate, said Zhu. Other possible triggers include policy uncertainties of the Trump administration, such as policy changes with Iran and North Korea. “Not to mention a trade spat with China,” he said.

Rogers also warns of the harm of the escalating trade conflict between the U.S. and China. “If we also have a trade war, it's going to be worse than a disaster,” he said in late March.

Trade tensions between the world’s two biggest economies have mounted over the past weeks as both sides made tit-for-tat moves of tariff threats, fueling greater volatility at the U.S. markets. Investors’ nerves were lightly soothed after Chinese President Xi Jinping promised to further open the economy and lower tariffs in his opening remark for the Boao Forum.