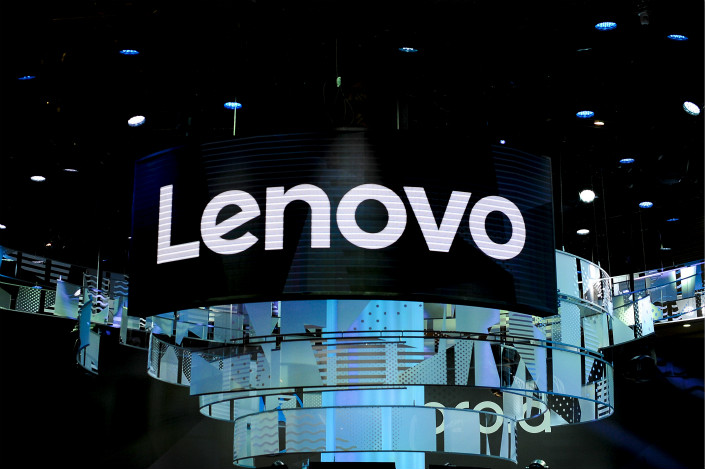 Lenovo's pavilion on March 1 at the Mobile World Congress, an exposition and conference for the global mobile industry held annually in Barcelona, Spain. Photo: IC

Lenovo Group Ltd. wants to retake to its position as the world’s top seller of personal computers (PCs), even as U.S. rival HP Inc. has widened its lead over the Chinese giant in the first quarter.

HP accounted for 22.6% of the world’s PC sales for the three months through March, up from 21.7% in the same period in 2017, according to preliminary data released on Wednesday by market tracker IDC.

Lenovo CEO Yang Yuanqing proclaimed Tuesday at a company annual conference in the U.S. that it aimed this year to “return to the PC top spot without compromising profitability.”

This came after the Chinese technology behemoth lost out to HP by a slight margin in the global PC market last year, ending its four-year reign as the top seller.

According to IDC, Lenovo saw flat growth in its first-quarter PC shipments amid slower demand in the U.S., marking its third consecutive quarter of stagnant sales.

That put HP in a “comfortable lead over all others in the market” with its eighth consecutive quarter of overall growth, and expansion in all regions except Latin America, IDC added.

Of the major PC-makers, Dell posted the strongest year-on-year growth on solid performances in nearly every region.

Overall, IDC said worldwide shipments of PCs, which include desktops, notebooks and workstations, totaled 60.4 million in the first quarter of 2018, flat from last year.