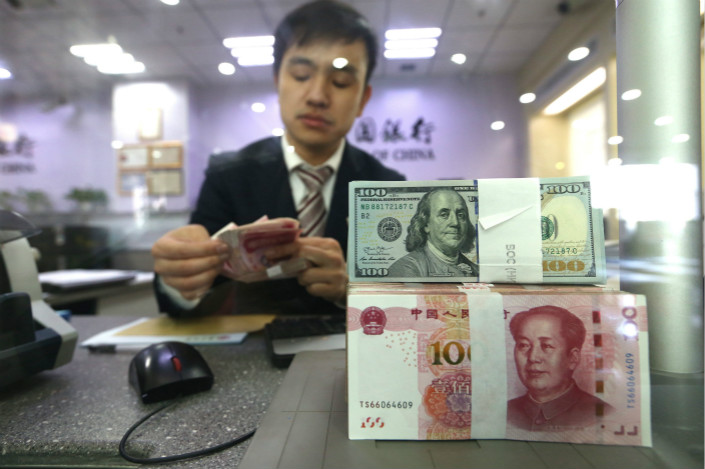 Chinese regulators are considering allowing overseas fund managers to raise more money from Chinese institutions and high net-worth individuals to invest abroad, in what would be the first increase since the trial program was launched almost five years ago, an official at the State Administration of Foreign Exchange (SAFE) told Caixin.

The increase in investment quotas under the Qualified Domestic Limited Partnership (QDLP) is the latest move by the government to relax capital controls and open up the country’s capital markets to foreign companies.

Yi Gang, China’s central bank governor, on Wednesday indicated that the currently “stable” cross-border capital flows provided a window of opportunity for the government to push forward reforms to liberalize its capital markets.

“We hope (cross-border) capital flows to be stable, which will help with the allocation of global assets,” he said at the annual Boao Forum for Asia in Hainan province.

“Chinese investors’ global asset allocations have been relatively low. With China further opening up to the outside world, Chinese individuals and institutions will be able to invest more in global assets,” he said.

A SAFE official who declined to be named told Caixin, “(We) will consider adding to the quota in a timely manner according to the situation of the trial and the developments” in cross-border capital flows. He did not disclose how much the quota, currently $2 billion, would be increased by.

QDLP, which started as a trial in Shanghai in 2013, is one of several programs set up by the government that allow domestic investors to invest overseas. Foreign fund managers who were awarded QDLP quotas, usually for $50 million or $100 million, were able to raise money to invest in so-called alternative assets such as private equity funds, hedge funds and real estate investment trusts.

But authorities suspended the distribution of quotas not only for QDLP but for other outbound investment programs in late 2015 as part of a broader strategy to slow the flood of money leaving the country after the stock market plunge and currency volatility earlier in the year raised concerns that capital outflows were depleting the country’s foreign-exchange reserves.

SAFE resumed QDLP quota issuance in late 2017 and by the end of February 2018 had given out the entire $2 billion allowance.

Foreign fund managers have taken an intense interest in QDLP. By early 2016 a total of 15 firms, including Britain’s Man Group, and Oak Tree and BlackRock of the U.S., had won approval from the Shanghai authorities to participate in the program. At least six other international asset management companies, including J.P. Morgan, Allianz Group, AXA Group, Aberdeen Standard Investments, Manulife Financial and South Korea’s Mirae Asset Group, have set up wholly foreign owned enterprises (WOFEs) in Shanghai this year, paving the way for them to join the program. BNP Paribas last month also converted a subsidiary in the city into a WOFE.

SAFE also restarted granting quotas for another outbound investment pilot in Shenzhen, the Qualified Domestic Investment Enterprises (QDIE), in late 2017, sources told Caixin. This program allows mainland investors to access not only overseas securities but also nonpublicly traded bonds, foreign property and other nonfinancial assets. As of Monday, $1.26 billion of the QDIE’s $2.5 billion quota had been granted.

QDII was created in 2006 and allows financial institutions that meet certain qualifications to invest in offshore securities and bonds. Data from SAFE show that $90 billion in QDII quotas were granted to 132 qualified institutions from 2006 through March 2015. Since then, no new quotas have been handed out, but they are expected to restart soon, sources familiar with the matter told Caixin.