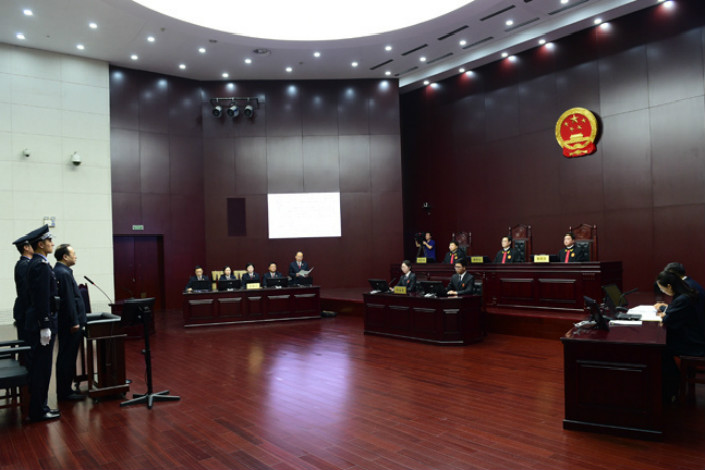 Former rising political star Sun Zhengcai on Thursday pleaded guilty to charges of taking over 170 million yuan ($27 million) in bribes from 2002 to 2017, according to a court in the northern port city of Tianjin.

Sun, former party secretary in the southwestern municipality of Chongqing, made the plea during his trial at the Tianjin No. 1 Intermediate People’s Court. Prosecutors charged him with taking the money while he served in various government posts, including minister of agriculture and party secretary of the northeastern province of Jilin.

“Sun received cash and gifts worth more than 170 million yuan in total on his own or together with persons with whom he maintained a special relationship,” a prosecutor’s office handling his case said. In return, he had provided associates with favors like promotions, government contracts and business licenses and operations, the first branch of Tianjin People’s Procuratorate said.

Sun, a former member of the Politburo, a key decision-making body of the ruling Communist Party’s Central Committee, was linked to at least three women, including long-time mistress Liu Fengzhou, who won lucrative contracts in Beijing and Chongqing.

Like many senior fallen party and government officials charged with corruption and other crimes, Sun stood trial in Tianjin — a city where he has no major connections — to prevent any possible disruption of justice.

Sun, 54, was put under investigation by the top anti-corruption agency of the Communist Party over serious violations of party discipline last year, and was charged with bribery and influence peddling in February.

A prison sentence will be handed down at a later date, the court said.