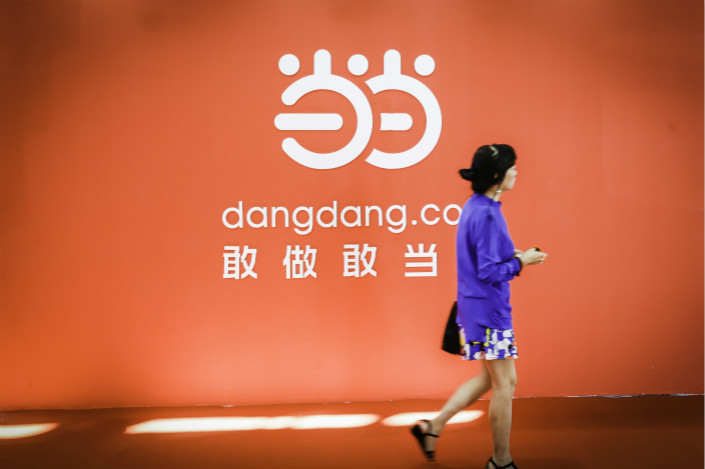 A unit of debt-ridden Chinese conglomerate HNA Group has finalized terms to acquire Dangdang Inc. in a deal that values the e-commerce company at 7.5 billion yuan ($1.2 billion).

Tianjin Tianhai Investment Co. Ltd., the Shanghai-listed subsidiary of HNA, will pay 3.44 billion yuan in cash and raise 4.06 billion yuan for the deal, the unit said in a regulatory filing Wednesday (link in Chinese).

After the acquisition, Dangdang Chairman Li Guoqing and his wife, Yu Yu, will own a combined 16.49% of Tianhai Investment.

The move comes after HNA revealed plans in March to take over Dangdang, a deal that was not directly confirmed by the e-commerce company at the time.

The deal has raised eyebrows in the market, as it comes at a time when HNA is grappling with its huge pile of debt after years of aggressive spending, including $50 billion of deals in aviation, tourism, real estate and other sectors.

Tianhai, an investment arm of HNA, was in the international spotlight after buying Ingram Micro, a distributor of global information-technology products, for $6 billion in 2016. It was one of China’s largest high-tech purchases in the sensitive U.S. market.

Dangdang is one of China’s earliest e-commerce platforms, starting off in 1999 as an Amazon.com-like book retailer. But the company struggled to secure its market share amid fierce competition in China’s white-hot digital commerce market.

Dangdang went public on the New York Stock Exchange in 2010 but was later delisted, and has since attempted to expand into a wider range of e-commerce.

That effort has shown little success, with Dangdang stuck mainly in the niche online book market, a sector worth 45.9 billion yuan in 2017, compared to the 24 trillion yuan seen in the overall e-commerce market, which covers a wide range of goods that includes clothing, electronics, groceries and fresh foods.