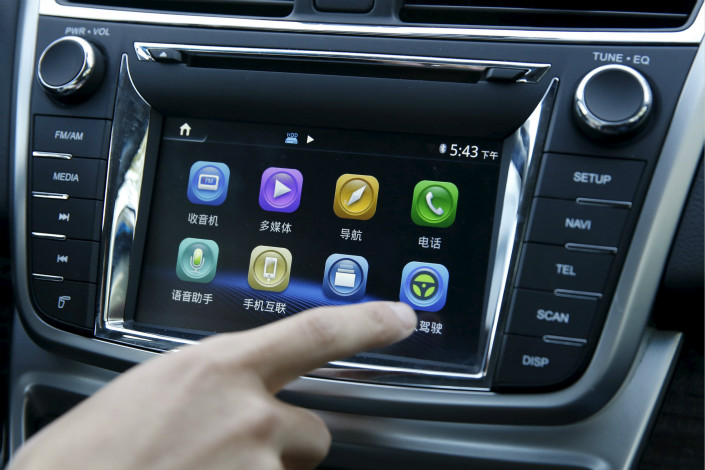 Tencent Holdings Ltd. is setting up a joint venture with state-owned Chongqing Changan Automobile Co. Ltd., as the technology titan races into the booming autonomous-driving sector.

Dadi Tongtu Information Technology Co. Ltd., a unit of Tencent, will spend 102 million yuan ($16.2 million) for a 51 percent stake in the venture, while Changan will get the remaining 49 percent for 98 million yuan, according to a Changan statement on Thursday (link in Chinese).

The new company will focus on internet-connected driving that taps artificial intelligence and big-data technologies, it said.

In addition to Tencent, rivals like Baidu Inc. and Alibaba Group Holding Ltd. have sought closer ties with traditional automakers to break into the business. The automakers, meanwhile, are eager to take advantage of the internet companies’ technological know-how, particularly on big data and mapping.

A case in point is Baidu and Anhui Jianghuai Automobile Co. Ltd, which announced in August they planned to roll out a semi-autonomous car by the second half of 2019.

In December, Changan said it had received clearance to test autonomous vehicles on public roads in the U.S. state of California. That came after the automaker completed a 2,000-kilometer (1,240-mile) road test from the southwestern metropolis of Chongqing to Beijing in 2016.