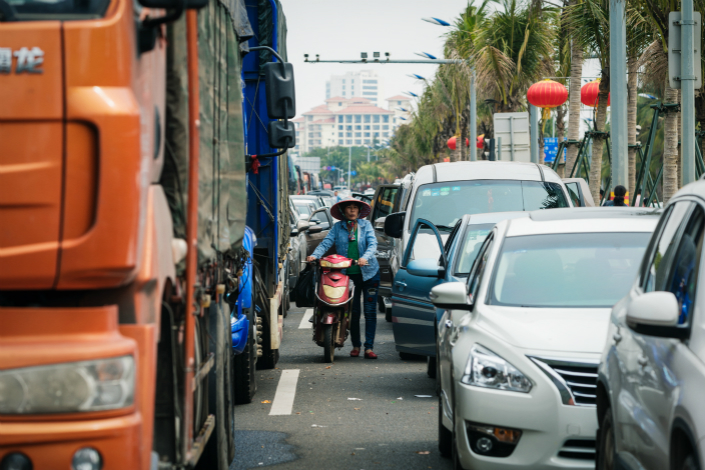 (Beijing) — China’s tropical island of Hainan could become the country’s first province to phase out internal combustion vehicles, as Beijing continues to push the development of new-energy technologies.

“China will gradually wind down the use of fossil-fuel-powered cars in Hainan province,” the official Xinhua News Agency reported Sunday, citing a government document. The policy didn’t provide a timeline.

The news came a day after President Xi Jinping, who was in Hainan for the Boao Forum for Asia Annual Conference, announced plans to turn the province into a free trade zone and free trade port.

A top official from the Ministry of Industry and Information Technology (MIIT) had hinted in September that such a phaseout was forthcoming.

“China has begun research on formulating a timetable to stop production and sales of traditional-energy vehicles,” MIIT Deputy Minister Xin Guobin said at an auto-industry forum at the time.

To help clean up its polluted air and meet carbon emissions targets, China began offering generous subsidies in 2010 to promote the development of new-energy vehicles. The incentives helped, with China becoming the world’s largest electric car market in 2015.

In Hainan, the internal combustion auto sector still accounts for a large part of the local government’s fiscal revenues, so market watchers don’t expect the ban to come into effect overnight.

Other provinces are also competing in the new-energy space. Neighboring Guangdong province has identified new-energy vehicles as one of its key emerging sectors for economic development.