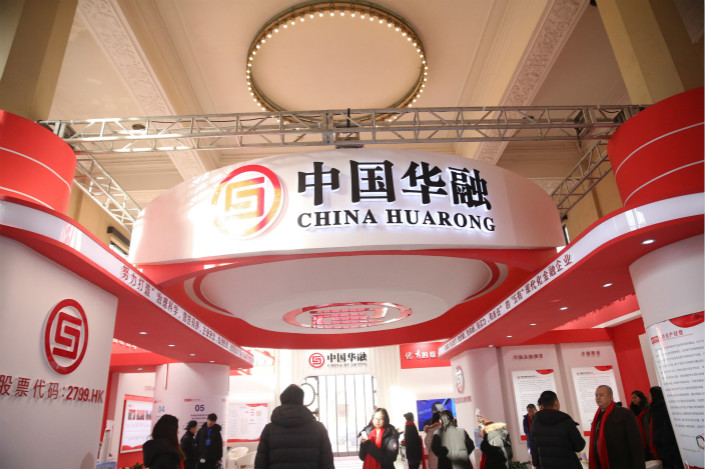 Attendees of a finance expo in Beijing visit the stand of China Huarong Asset Management Co. on Jan. 25. Photo: IC

Banks have likely understated their bad debt, according to one of China’s four national asset management companies (AMCs), which expects nonperforming loans (NPLs) to grow this year as lenders come under more pressure to recognize and dispose of them.

The AMC’s report was a rare acknowledgment from a state-owned company that the official figure for tracking bad debt in the banking system might be underestimated — a view that is widely held outside of China.

China’s bad-debt ratio is likely higher than officially reported, according to conclusions drawn from a data analysis and industry surveys conducted from late November to late December by China Orient Asset Management Co., a state-controlled AMC that has published its report on the country’s bad debt for the last 11 years.

This round of NPLs have formed mainly as a result of economic structural reform, weak risk controls in the financial industry and administrative intervention such as pressuring banks to lend to certain entities, according to China Orient’s report.

With the deepening of supply-side structural reform in China, the risk of loan defaults will climb, increasing the likelihood that NPLs will grow over the next three to five years, according to China Orient’s report, which it released Thursday.

Over the last five quarters, China has reported an average NPL ratio of 1.74% for commercial banks. However, the figure has regularly come in question. In 2016, a central bank survey suggested that the actual ratio was higher than 3% at best and more than 5% at worst, a source from the People’s Bank of China told Caixin earlier.

Bankers had told Caixin that some local government officials have interfered with reporting of nonperforming loans by suggesting or hinting to banks in their jurisdiction that they should conceal the true state of their respective bad debts to ensure the results are in line with national policy of keeping a lid on NPLs.