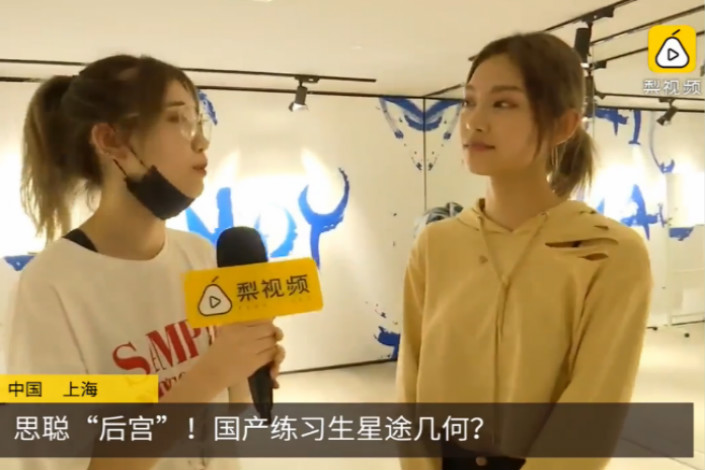 Pear Video has secured 616 million yuan ($98.1 million) in series A funding, paving the way for the short-video platform to supply content to investors including Tencent and Baidu, Caixin has learned.

The cash infusion will value Pear at around 3 billion yuan, sources familiar with the matter told Caixin on Monday.

The financing was led by social media giant Tencent Holdings Ltd., with participation from search engine leader Baidu Inc. Pear is set to offer content to these two firms, which have growing strategic investments in China’s booming online media market, as users turn to mobile devices for news and entertainment.

Pear plans to use the capital to increase its number of video bloggers and enhance technology for its platform. It aims to have 100,000 such content producers and 2 billion daily views, the source said, without specifying a timeline.

The site currently has more than 30,000 video bloggers and over 1 billion clicks a day.

In November, Pear raised 167 million yuan from state-owned media outlet People.cn. It also received millions of yuan in a seed round from public equity and venture capital firm China Media Capital, according to China Money Network.

Pear was founded by media veteran Qiu Bing, former CEO of Chinese online news outlet The Paper, as a web-based platform to offer short news clips. When it was launched in November 2016, its livestream of the U.S. presidential elections garnered 850 million views.

But just three months into its operation, it invited attention from authorities, who said the company failed to obtain a license for news dissemination. Pear then shifted its focus to offer “informative video clips” for young Chinese, with topics covering lifestyle, social issues, finance, technology and entertainment.

In August, Pear grabbed public attention by showing footage of two 14-year-olds in a bruising commercial cage fight, which resulted in 17 underage boys recruited by a private martial arts club in Sichuan province being sent home under police directive.